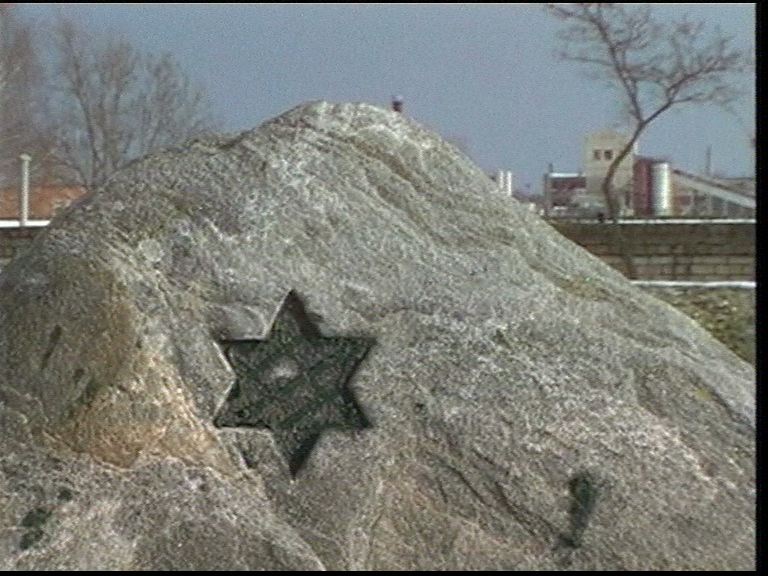 Today, they are old men barely capable of walking or even breathing on their own. But 60 years ago, they were responsible for turning thousands of Jews and Communists over to Nazi forces. Is it too late to try alleged war criminals of WWII?

An old man stands by the window of the jail where his friends were routinely murdered. "I ate the bread of dead men," he says. "...A man dies next to me. So my neighbour and I share his bread and eat it." Lithuania is reluctant to admit collaboration with the Nazis during WWII, despite the fact that an overwhelming 94% of the country's Jewish population died during this period. This is the highest proportion anywhere else in Europe, even Germany. Until last week Lithuania had never prosecuted an alleged war criminal. Then, in the first Holocaust conviction in the former USSR, a Lithuanian court found a 93-year old former US citizen guilty of collaborating with the Nazis. But he was deemed too ill to serve a prison sentence. Lithuania has now also cleared the way for an extradition from Britain of a Lithuanian-born man suspected of war crimes. With overwhelming evidence, this documentary shows that it is high time for justice. The Lithuanian government recently asked the Australian government for assistance in investigating an alleged war criminal, Antanas Gudelis, 88, who lives in Adelaide, South Australia. In 1967, five people who had served directly under Gudelis went to trial. Three were sentenced to death, and two received jail sentences. Gudelis was mentioned several times during the trial. But at that time, he was safe in his home in Adelaide with a nice Australian citizenship tucked in his back pocket. This is just further proof of the common view that Australia is a haven for Nazi war criminals, never having successfully prosecuted a suspect, deported anyone, or stripped them of their Australian citizenship. The Lithuanian Prosecutor-General expresses determination to pursue the case, but says very specific evidence will be needed to successfully prove it - including names of those who were supposedly executed. Powerful eyewitness reports and archive material recount the terrible events of 1941 in the towns of Kupiskis and Kaunas. We clearly establish that Gudelis was present and commanded a killing squad in those towns, sending countless Lithuanian Jews and Communists to a bloody mass grave. A Christian woman who worked for a Jewish family talks about her experience with the squad. "They were made to stand in a row, naked. Small or big, alive or not, they were all buried." The heartwrenching account should be enough alone to prosecute him. Freedman gains access to high level Lithuanian government officials including Lithuania's Prosecutor-General. He also goes to Israel and Australia, speaking with the Director of the Simon Wiesenthal Centre in Jerusalem, the Chairman of the Association of Lithuanian Jews in Israel, the Director of the US Justice Department's Office of Special Investigations and two eminent Lithuanian and Australian historians. Many believe that the difficulty of proving events that happened more than half a century ago prevents cases from being taken seriously. Even the Prosecutor-General says "It's not up to us to be executioners now. They're old." Recently opened cases have again been closed due to the inability of the defendants to appear in court. They are simply too old and feeble. Is it too late for Lithuania to come to terms with its shocking past? And what about Australia, with its historic role in taking in known criminals as citizens? With emotional interviews and undeniable evidence, this investigative film questions judicial systems the world over and, more importantly, asks whether or not a criminal is a criminal for life.
FULL SYNOPSIS
TRANSCRIPT