How to build a quantum computer 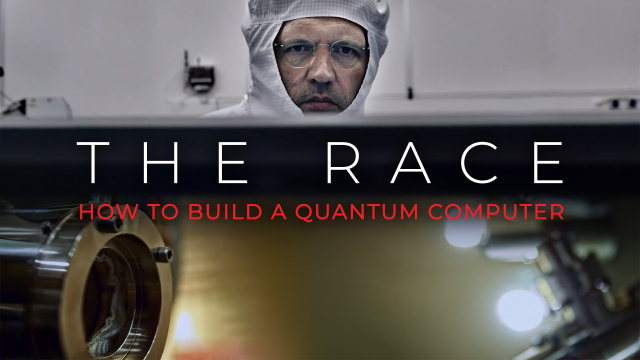 A computing revolution is coming. And Leo Kouwenhoven might be the man to kick-start it. Discoverer of a fundamental but elusive ingredient for quantum computing, Kouwenhoven is close to inaugurating a new era of super computers, many times faster than anything that exists today. But the competition is hot on his tail. As the heat intensifies and with wealth, fame and ill health at stake, Kouwenhoven finds his brilliance tested like never before.

David Kleijwegt (Rotterdam, 1965) made a name for himself in the Netherlands as a music critic and writer, interviewing Nirvana, Herbie Hancock, Prince, U2, David Bowie, George Harrison, The National and numerous others. In the 90s he became editor in chief of VPRO’s Lola da Musica, a series of music documentaries, and In 2006 he made his first stand-alone documentary, The Eternal Children, zooming in on the freak folk scene. Not long after that he directed You May Need A Murderer, about slow core band Low, to international critical acclaim. The Race is his first documentary in eight years time.

Seven years in the making The Race is a different kind of science documentary.

It’s about quantum psychics, arguably the most incomprehensible (but at the same time scarily accurate) theory in modern science. Researchers at the TU Delft zoom in on the nanoscale and use the coldest fridges in the world. In other words: you can’t understand it and you can’t see it. Still the documentary is crystal clear, without ever cheating on the science part.

Shooting started just after professor Leo Kouwenhoven found the enigmatic Majorana-particle, that could be the key to the quantum computer. It will still take a long long time before that supercomputer will be up and working. The Race shows the first part of the journey, with all its struggles. And by doing that gives an insight in the top segment of science in the 21st century.