How long before tourism destroys Venice? 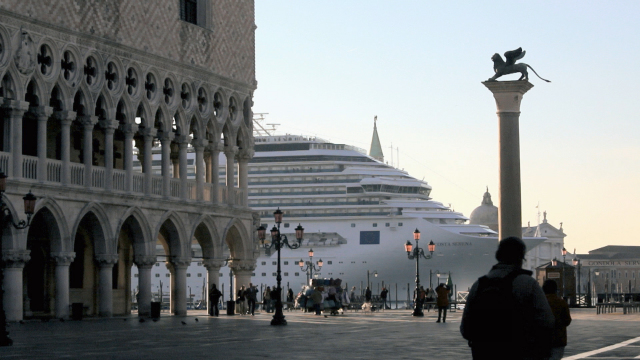 Venice is a world heritage site, but its future hangs in the balance. The population is shrinking as tourist demand increases, while climate change threatens to destroy the foundations of the city.

25 million tourists visit Venice every year and the number is growing. But as landlords convert apartments into tourist accommodation, permanent accommodation has become scarce. “The city has made a total shift in favour of tourism and against residents,” says housing activist Nicola Ussardi. Ussardi’s group occupies and renovates empty buildings to house evicted Venetians. “We have to give Venetians the possibility of living in their own city." But another problem looms even larger. Engineer Giovanni Cecconi believes rising sea levels could see Venice disappear within a century. “We'll be a ghost town in the worst case scenario."
FULL SYNOPSIS
TRANSCRIPT