The Curse of Abundance

Battling globalisation in one of the world's richest natural landscapes 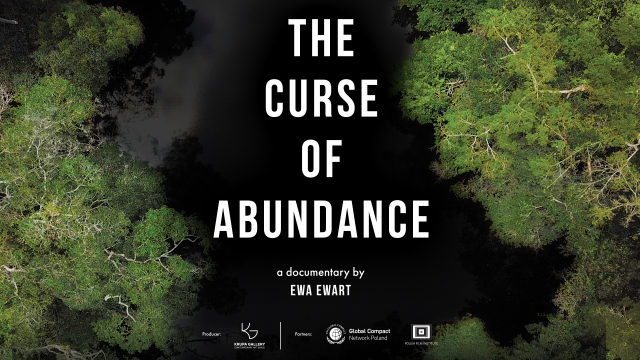 When money and morality collide, there's only one winner. The Yasuni Park in Ecuador is a haven of biodiversity and home to indigenous tribes. It also holds a third of the country's oil reserves. Ecuador had agreed to keep the oil in the ground. But as powerful new interest groups emerge, the future of the Park, and the people who have called it home for thousands of years, come into question.

Reviews and More
“It is our honor to be supporting partner for this outstanding movie by a famous director, Ewa Ewart, long term BBC correspondent and Ambassador to United Nations Global Compact.” – GCNP 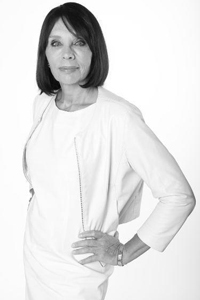 Ewa Ewart is a journalist and an award-winning filmmaker who specialises in ground breaking and influential documentaries. She was born and raised in Poland, but she has spent most of her career based at the BBC TV in London, England.
She has travelled and worked in many countries of the world, producing and directing
programmes ranging from investigations to political and social observational documentaries.

Her films have revealed new information about issues such as corruption in Boris Yeltsin's Russia, secret prison camps in North Korea, civil war in Colombia or secret and illegal CIA extraordinary rendition programme for people suspected of terrorism.

Her documentaries told some of the most memorable stories like the tragedy in Beslan, made for the first anniversary of a terrorist attack in which more then 170 children were killed. In the second film she highlighted the trauma still suffered by many child survivors five years after the atrocity.

For the last few years she has been the presenter of an international documentary strand onTVN24 and TVN24Bis, American owned commercial channels in Poland. 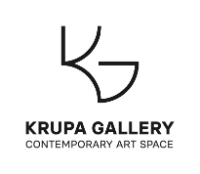 The Krupa Gallery is an idea and a place that came into being as a result of a passion shared by Sylwia and Piotr Krupa. It is a passion to engage in important topics, with international reach. The Krupa Gallery as a venue is currently materialising in a historic tenement at the Market Square in Wrocław, Poland.

Contemporary art by artists from Poland and Central Europe will be presented there. It will also be a venue for important debates and conversations about the condition of our world. The first step towards this was the production of Ewa Ewart's documentary “The Curse of Abundance”, which forces the viewer to think deeply. 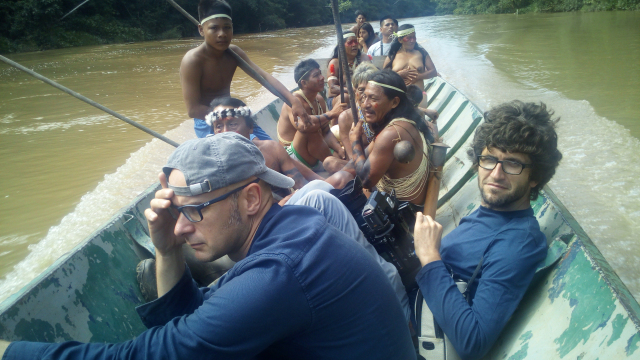 When I was approached about directing this film, it took me less than an hour of initial research to realize that there was not only a strong story to tell, but it would also be timely and very relevant.

In 2007, Ecuador, a small South American country, dependent on oil, came out with a revolutionary idea to leave some of its crude in the ground in one of the most fragile and biodiverse parts of the Ecuadorian Amazon- Yasuni National Park- in exchange for international compensation. Initially, the proposal caught the world’s attention. Many saw it as a first step towards getting us off oil dependency. Saving Yasuni from the devastation of oil extraction became a global mission, until for a myriad of reasons the whole idea collapsed. More than a decade on, drilling for new oil wells in Yasuni National Park is well underway.

The destruction of the rainforest and its consequences for climate change have been more than well documented. It is getting harder and harder to challenge this evidence with the arguments of the economic values of nature for humans. It convinced me that such a film could provide an important voice into a current debate.

It took me two years to make "The Curse of Abundance". During its last stage, the five weeks filming stretch, we sailed over 500 kilometers on the rivers of the Ecuadorian Amazon and travelled more than 1500km along the roads of this beautiful country. Every day was an adventure, and I always had to have a plan B in case plan A didn't work out. Each morning when I checked our ambitious schedule, I thought at least 50% of what I was aiming at would collapse. It didn't. To my amazement, I got all I had planned for. And it proved to be my best filming adventure to date.

It also changed fundamentally my perspective on how we live in our global village and how we take stewardship of this planet, our common home.

The mounting scientific evidence doesn't allow spinning reality any longer. And we only have a few years to make radical changes to the way we run our world. If we don't, the prospects are too frightening to contemplate.