Could a star of Ukrainian TV win the presidential election? 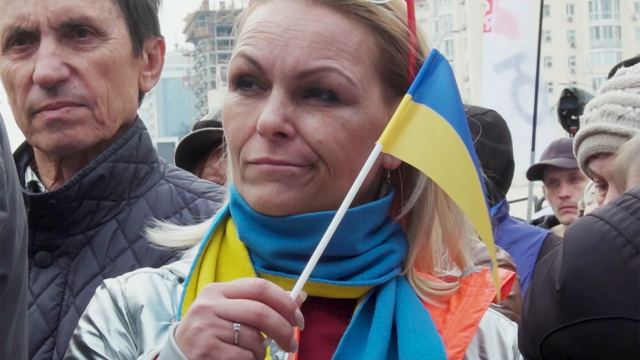 After playing Ukraine's President on television, Volodymr Zelenskiy shocked the world by racing to victory at the polls. As he seeks victory in parliamentary elections, we look back to his meteoric rise.

“I’m a clown and I'm very proud of it”, says the actor and comedian Volodymr Zelenskiy, who confounded the political elite on his run to victory. Having played the President in a hit TV show, Zelenskiy decided to enter politics for real, running on an anti-establishment ticket. There are questions over how a political novice would deal with the war with Russia but Zelenskiy is evasive. “No one has a real answer how to stop Putin.” While Zelenskiy’s opponents call out his inexperience, for Serhiy Leshchenko, adviser to the Zelenskiy campaign, his on-screen experience stands him in good stead. “If he behaves as his protagonist, he can be successful as a President.”
FULL SYNOPSIS
TRANSCRIPT