Brazil's President vs The Amazon

Brazil's Bolsonaro looks to open up the Amazon to corporate exploitation 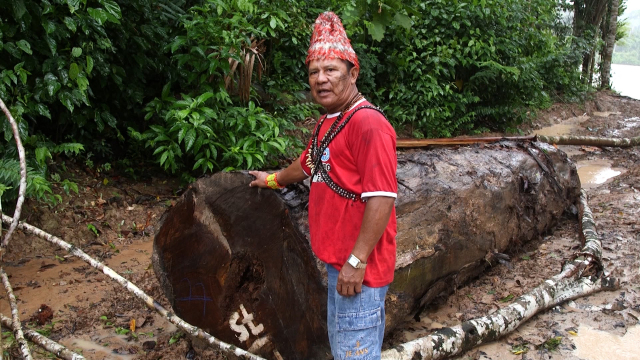 Brazil’s 300 indigenous tribes have survived conquest, enslavement and assimilation. But as the new far right government ramps up mining, logging and dam-building in the Amazon, can they survive president Bolsonaro?

The Amazon is responsible for 20% of the air we all breathe and home to 10% of the world's plants and animals. But now the man many call the "Trump of the Tropics" has the world's biggest rainforest in his sights. "My biggest despair was when this president won", says Alessandra Korup, activist and a leader of the Munduruku tribe, as she prepares to face off against illegal loggers in a country where 57 environmental activists have been killed since 2017. "What is of value for him is money. Not for us", says Munduruku chief Juarez. But a local mayor refutes their grievances, excited by Bolsonaro's promise to make Brazil rich. "The country can’t grow without energy", says mayor Valmir Climaco at a forest clearing for a new hydroelectric project. "The Indians must go somewhere else".
FULL SYNOPSIS
TRANSCRIPT