The Battle of Rio 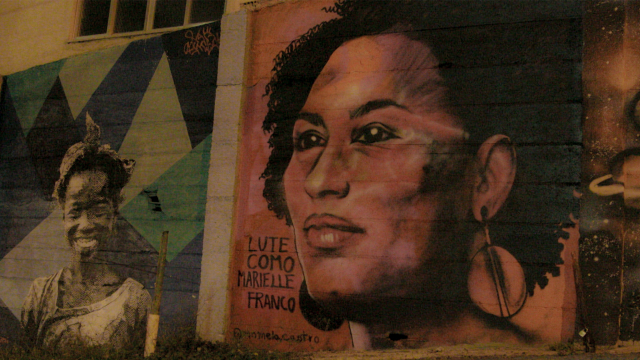 Jair Bolsonaro was elected as President of Brazil on a promise to get tough on crime. But his opponents believe that his brand of right-wing populism is only fuelling the fires of political violence.

In 2017, more than 63,000 people were murdered in Brazil. Rachel Gutvilen, a victim of several violent crimes, voted for Bolsonaro because of his promise to make Brazil a safer place. “Brazil really needs someone who is more severe, more drastic,” she says. Yet Bolsonaro’s opponents believe that his election has led to an increase in politically motivated violence. “We elected a fascist...A misogynistic, sexist, LGBT-phobic man who in no way represents most of the Brazilian people,” says Monica Benicio. Her fiancée Marielle Franco, a black, gay councillor in Rio, was murdered in March 2018 by a right-wing hit squad. Her murder marked an escalation in the tension between Bolsonaro's supporters and his opponents on the left. David Miranda, a gay left-wing politician and Marielle Franco’s colleague on the Rio City Council, believes that responsibility for Marielle’s murder can be traced to the top of Brazilian politics. “Powerful men killed her, because we know they don’t accept people like us in politics."
FULL SYNOPSIS
TRANSCRIPT