Inside the Brexit negotiations 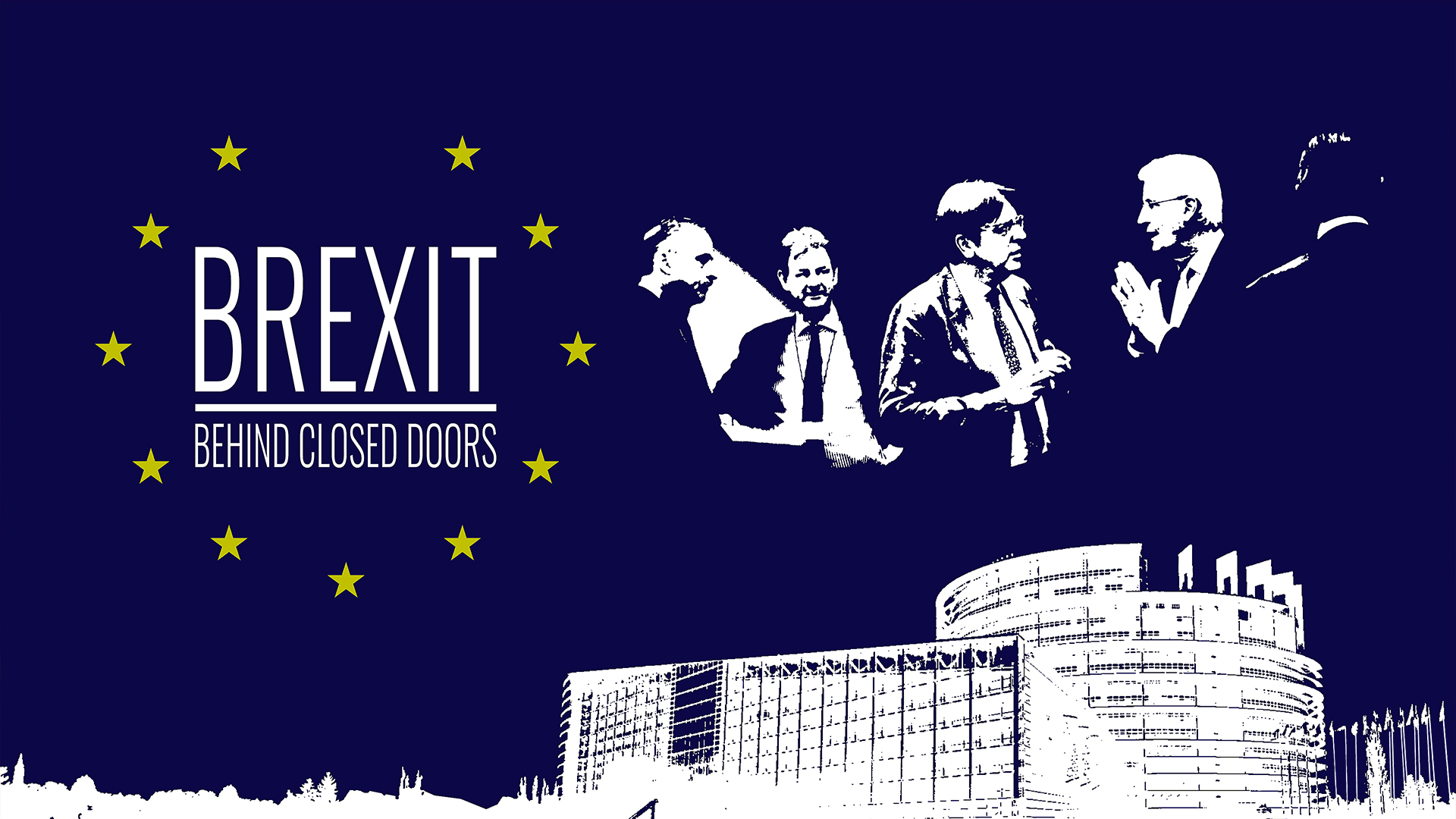 With exclusive access to the European parliament’s Brexit Steering Group, this fly-on-the-wall doc captures the internal workings of Europe's negotiators as they deal with an increasingly beleaguered Britain. As Europe contends with a decidedly un-United Kingdom, the austere corridors and dimly lit offices of Brussels become the stage for a human drama of epic proportions; a fractured tale that is by turns exasperating, tragic and hilarious.

Reviews and More
“★★★★ A Europe-eye view, bitching and all.” – The Times
“The documentary is likely to be seized upon by Remainers as evidence of the government’s bungling of talks with the EU, and Leavers as an illustration of Brussels’ desire to punish Britain” – The Huffington Post
“★★★★ There was a moment half-way through Brexit Behind Closed Doors when I started laughing and thought I might never stop. Brexit does that to you.” – i News
“...shows how little confidence the aides had in Mrs May and her government's ability to negotiate.” – Metro
“What the f*** is wrong with her?” Read Indy100's most brutal moments from the behind the scenes doc here.
Bonus Clips
Watch this clip from BBC Two Newsnight, as representatives from across the political spectrum hash out the issues raised in the film here.
As a self-professed Anglophile, Guy Verhofstadt likes the British almost as much as he likes his classic Aston Martin. But under the foreboding sky at England’s famed Silverstone racetrack, the former Prime Minister of Belgium can’t get his beloved car to start. Explaining the problem to an audience that includes Britain’s Brexit secretary David Davis, Verhofstadt does a pantomime performance of the lurching car; him inside, trying desperately to regain control. He is a storyteller, as well as a lover of cars and Europe and Britain. He retells it back in Brussels at a meeting to discuss the Irish backstop, scrolling through his smartphone to find photographs of the Aston. His colleague Michel Barnier is little impressed. “That’s what they’re trying to do with Brexit,” he says dryly. “Restore an old car.”
Britain’s Brexit referendum in June 2016 shook the European Union to its core. As soon as the results were announced, Brussels began preparing for what they assumed would be a tough divorce battle. Verhofstadt was chosen to lead the European Parliament’s Brexit Steering Group, which would define the guidelines set by the European Parliament during negotiations.
Things do not get off to a good start. Though they have known each other for many years, the members of the Steering Group, representing viewpoints from across the political spectrum, do not fully trust each other. And with good reason: the initial guidelines defined in the group’s first meeting are supposed to remain a secret, but they are leaked to the British press the evening before Theresa May triggers Article 50 on 20th March 2017. Guillaume McLaughlin, Verhofstadt’s main aide, is incensed. “It’s in the fucking Guardian, have you seen it?”
For all the divisions within the EU, there is an even starker divide between the British government and the Europeans, so much so that they can’t even agree on how to start the negotiations. Michel Barnier, European Chief Negotiator, speaking in confidence to Verhofstadt, is concerned that the British are putting the cart before the horse. “Frankly speaking, just between the two of us, there’s no justification in discussing the future relationship between the EU and UK in combination with their debts.” Verhofstadt’s Head of Private Office and confidante Edel Crosse puts the European view of the British stance more succinctly. “Head in the fucking clouds.”
In June 2017, before negotiations begin, Conservative Prime Minister Theresa May calls an election in a bid to strengthen her position, but succeeds only in losing her majority in Parliament. Verhofstadt, watching results coming in on his phone on a train platform, can scarcely believe what he is seeing. “It's madness, right? Madness.” In Brussels, there are murmurings that May’s party will now get rid of her. McLaughlin fears worse. “They will chop off her head. They are ruthless the Tories. They’re fucking ruthless.”
May limps on, though to preserve her majority, she must ally with the DUP, a small Northern Irish Party. They will not prove easy coalition partners.
Throughout negotiations, one issue proves more intractable than the rest: the Irish border question. David Davis, the British Brexit Secretary is alarmingly blasé over the future of the Irish border, much to McLaughlin’s frustration. "Davis explained to us that Ireland is not a problem…So basically we don’t give a fuck about what goes through the border…There might be a problem with terrorism, but okay.”
But for all of Davis' insouciance, the British are in turmoil, riven by division. With the clock ticking and with little progress made, May gathers her cabinet at her country residence Chequers in June 2018 to publish a white paper defining British plans for the future relationship between the EU & the UK. Verhofstadt is not optimistic. “We’re expecting the white paper of the British government on the 7th of July. If there is still ministers then. If they have not killed each other in Chequers.”
May's Chequers Plan is finally announced. Publicly the EU make positive noises about the white paper. Privately, the absurdity of the negotiation process is becoming more and more apparent. "We will buy it", says Roberto Gualtieri an Italian MEP in a meeting of the Steering Group, "pretending that we agree but we disagree, and everything is just a big theatre to make them accept this bloody Brexit."
Yet at a summit in Salzburg, all 27 EU leaders reject May's Chequers Plan. Tensions flare, this time over an Instagram posted by Donald Tusk, the EU Council President, containing a picture of May and himself eating cake in Salzburg with the caption: "A piece of cake, perhaps? Sorry, no cherries."
By some miracle, in November 2018 a deal is finally reached. But May must get it through her own Parliament for it to be ratified and Parliament is not feeling obliging towards her. Speaking to his team, Verhofstadt is at the end of his tether with the British. "We should get cross with the British. Or the British political class. A parliament is not a casino eh.” Even Theresa May's closest advisors are looking for a way out. “Olli Robbins came to me, Guy can I become Belgian citizen after this whole thing, because I don’t think I will return.”
FULL SYNOPSIS
TRANSCRIPT 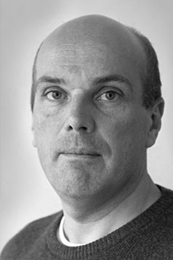 Andrew McKerlie - Producer
Andrew has been the Director of Production for the Television Division at Ten Alps since 2004. Prior to his latest role he was Head of Production for Brook Lapping Productions, where he oversaw the creation of Brook Lapping Education. Previously he was a Production Executive at the BBC, managing various areas in the Documentaries and Specialist Factual departments over a period of 9 years. His extensive filmography includes titles such as Peace One Day (2004), Nova (2010) and Hockney (2014). 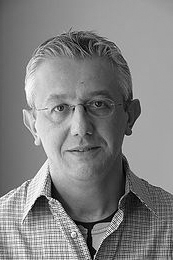 Lode Desmet - Director
Lode Desmet is an award-winning international documentary filmmaker who has made films for & in co-production with most European broadcasters – ARTE and BBC included. He started his career in print journalism – writing for De Morgen and Humo – and moved on to become a sports journalist for Radio 1 under the guidance of the iconic sports reporter Jan Wauters. In 1994 he started working for television and since then he has made a long list of shorter and longer documentary films, including Exodus or Vina's World (1999), Heysel 1985, Requiem for a Cup Final (2005), Mothers Crossing (2004) and War Is Not A Game (2010). 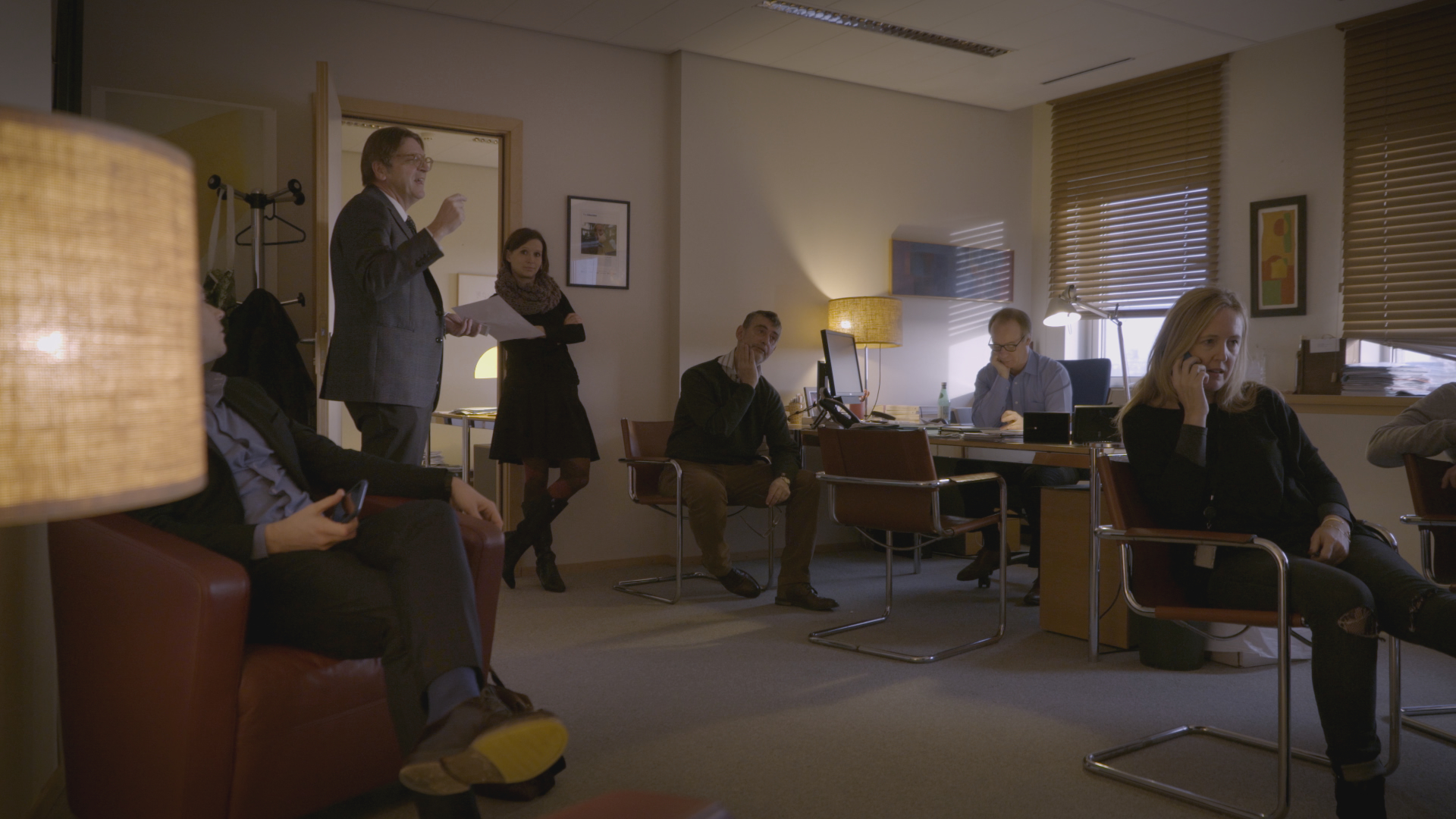 Director's Statement
"High level international diplomacy and negotiations like the Brexit divorce define the lives of millions. They are carried out on our behalf as citizens, but take place mostly behind closed doors. We rarely get to see what really happens. Guy Verhofstadt and his team broke that rule and gave me, a Belgian filmmaker, access to their side of the dispute during the two whole years of the negotiations." - Director, Lode Desmet