The Indonesian island driving its wildlife to extinction 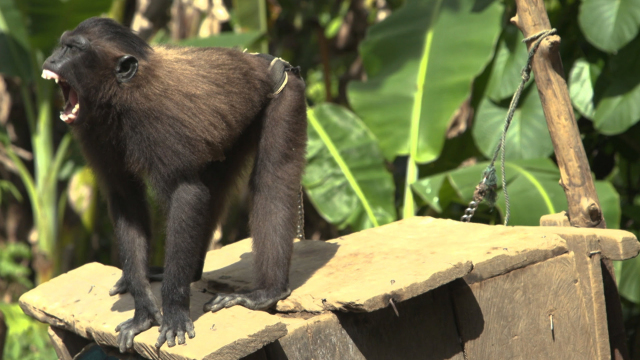 Sulawesi’s forests are known as the Galapagos of Asia. But a rampant illegal wildlife trade on the Indonesian island, driven by local consumption of bush meat, is pushing Sulawesi towards ecological catastrophe.

David and his family have been selling bush meat at a local market in Tomohon on the Indonesian island of Sulawesi for eight years. “We sell all sorts of things, like bats, wild boar, snakes.” There are meant to be legal limits to the amount of wild animals traders can sell, but they’re mostly ignored. Though David abides by the legal standard, he still feels responsible for declining animal numbers. “I feel like I’m helping cause extinctions because I’m one of the people who sells it.” Local activist Delano believes the problem stems from a lack of enforcement by the authorities. “As we know in Indonesia there’s already so much legislation to protect these animal species. But without good law enforcement that’s all pointless.” But for Donnie Engka, who leads investigations as part of a specialised Indonesian government taskforce, expectations placed on law enforcement are too great. “The community… wants us to be like Superman...That’s hard for us to achieve.”
FULL SYNOPSIS
TRANSCRIPT