Farage looks set to dominate the European Elections in the UK 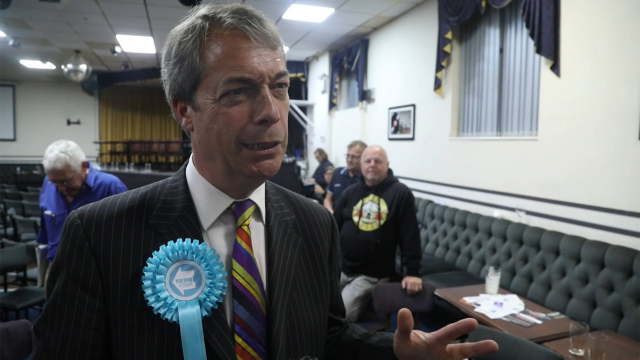 As the United Kingdom's departure from the European Union remains on hold, the country gears up to participate in European Parliament elections. Will the public favour Nigel Farage's new Brexit Party?

"I don’t know what my father would think if he was still here, because he was an avid Labour supporter all his life. But it doesn’t seem like politics anymore, it seems like corruptics," says a Brexit Party voter in Featherstone, a former-Labour stronghold. It's a place where Nigel Farage has found commmon ground with disappointed Brexit voters. "Generally the Brits are very placid, very slow to anger. But right at the minute they're angry," says Farage at a rally for his newly formed Brexit Party. Keen to represent the 'Leave' contingent in the European Parliament, an institution they hold in contempt, the latest polls forecast the fledgling party to win around 35% of the vote. Remainers have been left scrambling. "I think we're seeing a sea change in politics across the entire western world," says Farage.
FULL SYNOPSIS
TRANSCRIPT