This Little Land of Mines

Living in the most heavily bombed country in the world 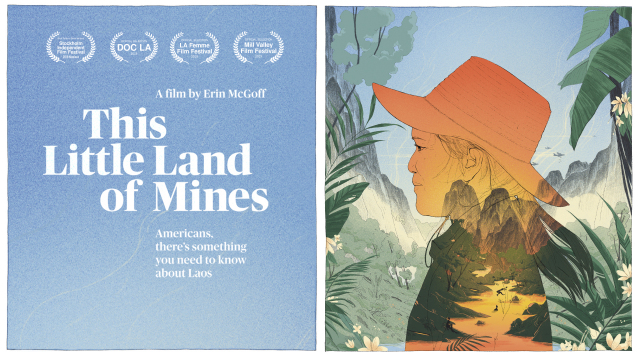 During the Vietnam War, the US bombed Laos more heavily than any other country had been bombed before. Spanning over three presidential terms, it was the largest covert CIA operation in US history. Today, the Laos people live among, and risk their lives to clear, over 80 million unexploded bombs on their doorsteps. With great beauty and empathy, this doc reveals the unbelievable stories of the men and women at the forefront of this monumental task.
Festivals 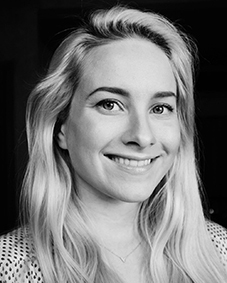 Erin McGoff is an award-winning, emerging filmmaker specializing in stories of resilience and hope. A graduate of American University where she received degrees in Film & Media Arts and Marketing, Erin has produced, directed, edited, and scored several short films, music videos, and commercials. She’s worked with clients like Hilton, Under Armour, Ciena, Sony, Discovery Channel, Animal Planet, ABC, and various creative and advertising agencies. She has received the SOC 2017 Woman of The Year, a National Society of Professional Journalists Mark of Excellence Award, and a Pulitzer Center International Reporting Fellowship for her work to spread awareness about the US Secret War in Laos. 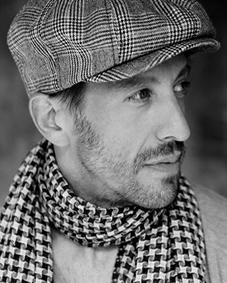 Cyril Eberle - Creative Director, Director of Photography and Fixer
French-German filmmaker Cyril Eberle is a devoted storyteller with a career spanning documentary, short-film, commercial, online, music video, media installation, event movie and corporate productions. Cyril set up three offices for Avantgarde Film in Berlin, Dubai and Shanghai where he was head of production and creative director. Since 2012, Cyril has worked as an independent director, creative director and photographer/cinematographer. Cyril has directed films such as ARABIC FUSION, HASARD, RUMAN, and DAYFLY. He is currently developing a series of independent short documentary productions, co-directing a TV documentary entitled Mysteries of the Mekong and established the Cultural Media Library in Southeast Asia. 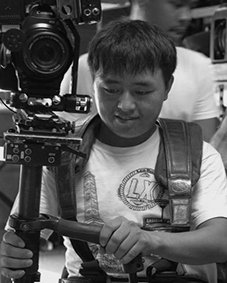 Ka Xiong - Co-producer, Translator & Assistant Editor
Ka Xiong is a filmmaker and photographer in Luang Prabang, Laos. He has attended and showcased some of his work at various photography and filmmaking workshops supported by the Swiss Embassy and NGOs in the region. Currently, Ka teaches beginner and more advanced classes in photography and filmmaking at @My Library with the support of the Swiss Embassy. Ka’s goal is to open up a local media center in Luang Prabang as a hub for emerging artists to share their work and refine their filmmaking and photography skills. 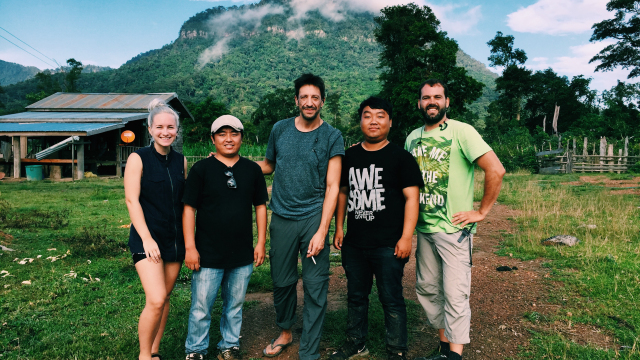 When I was a 22-year-old junior in college, I discovered that the United States, my country, had secretly bombed Laos more heavily per person than any country on earth. I also learned that 80 million unexploded bombs were still killing innocent people today, in the present. This was shocking to me for two reasons: first, as a millennial, I grew up learning and hearing stories of the Vietnam War era and never once did I hear anything about Laos. Second, I had briefly been to Laos as a tourist a few years prior and found it to be tranquil, peaceful, and, ironically, untouched by the western world. But little did I know.

I thought if I, an educated, well-traveled American didn’t know about the Laos - what chance did anyone else have? I quickly threw myself into an academic program, researching this topic heavily and conducting field research regarding the UXO (unexploded ordnance) issues in Laos. It wasn’t long before I realized the real story here had nothing to do with war or bombs. It had to do with a story of incredible humanity found in the resilience of the Lao people.

And then it hit me. I realized I was at an intersection where perhaps no one else ever had been. I was an american, a filmmaker, with rigorous knowledge of Laos, and a passionate love for the country.

I saw myself at an intersection perhaps no other person had been in before. I was a young American who had the skills and capacity to tell stories using film, the most powerful medium on earth. I had rigorous academic knowledge of the issues in Laos, and connections to the people on the front lines. And finally, I had an innate and intense love for Laos and the people who live there.