Beaten Back at the EU Border 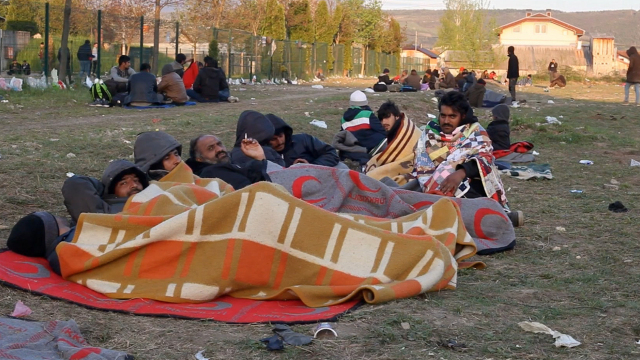 Croatia has been acting as a fierce guardian for the EU’s borders, beating refugees back to Bosnia. This undercover report exposes the EU country's illegal deportations of refugees for the first time.

"Everyday you can see people go to Croatia. In the morning they are back", says one Bosnian lady living on the border with Croatia. She has been warned against helping the influx of Croatia's rejected refugees by Bosnian police. Now there are too many for her to even consider aiding. "They boxed me, they are racists the Croats, they are not good. They stole money from us. All money gone," says a group of asylum seekers back on Bosnian soil. They bear fresh wounds and broken mobile phones, characteristics of a run-in with Croatian police. "They shot in the air to disperse us," they say. "It's clearly institutionalised... the beating marks and patterns look alike, it's systematic", says NGO "No Name Kitchen", who have documented hundreds of testimonies of the violence. "People get turned away, sometimes even violently, without ever assessing if they need international protection", says Andreas Lederer, of the Hungarian Helsinki Committee. "This is clearly unlawful", he says. As the Croatian government refuses to admit to the claims, this report shows long range thermal-imaging of the extra-judicial push-backs happening on EU soil.
FULL SYNOPSIS