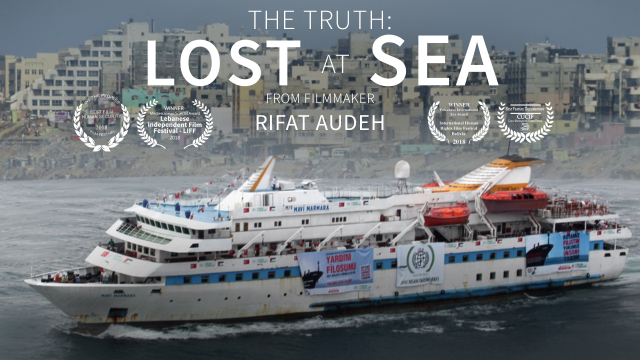 Red Carpet Human Rights Film Festival (Palestine) – Official Selection Reviews and More
“Using rare footage, Rifat's documentary truthfully recalls what happened aboard the Mavi Marmara and systematically exposes Israel's lies.” – Norman G Finkelstein, author of Gaza: An Inquest into its Martyrdom "In case you need any further encouragement to stiffen your resolve to resist Israel’s ... occupation of Palestine, watch Rifat Audeh’s film “THE TRUTH: LOST AT SEA” The story of the 2010 Freedom Flotilla.” - Roger Waters, Hall of Fame Musician and Co-founder of Pink Floyd “This is the definitive account of the brave attempt to break through the inhuman Israeli siege on the Gaza Strip. This documentary is an essential watch even for those who think they know it all by now about the barbarism and cruelty inflicted on the people of Gaza by the ‘Only Democracy in the Middle East’. ” - Professor Ilan Pappe, Director of the European Center for Palestine Studies, University of Exeter, UK “Rifat Audeh's The Truth: Lost at Sea is a must-see documentary for anyone who wants to understand the fundamental character of the Israel regime and modes of misrepresentation of that character by media outlets.” – Tom Hayes, Director - Two Blue Lines “The Truth: Lost at Sea, is a triumph of filmmaking and activism. Essential viewing if you would like to know the truth of these events.” – Rosa Bosch, Producer Watch a Q&A with director Rifat Audeh at a California State University screening: here. Listen to Rifat speaking about the film at the 2018 Al Ard Documentary Film Festival in Italy here. Read an article about the film and in remembrance of Mavi Marmara here. Take a look at a Q&A with director Rifat Audeh at in Italy's Il Manifesto Magazine: here. Find the full list of press coverage here.
TRANSCRIPT 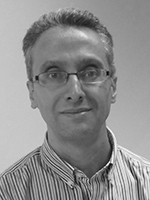