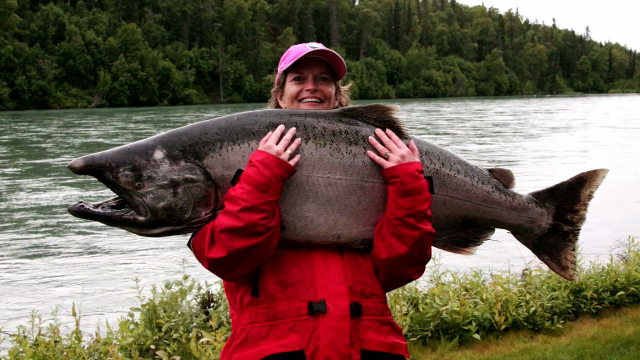 While consumption of fish is at a record high, overfishing threatens a third of global stocks. A small Canadian company thinks its salmon, genetically modified to grow more quickly, can help feed demand.

“Using new technology is an intelligent way to meet the global food security needs of the future,” says Ron Stotish of Aquabounty, a company altering Atlantic salmon DNA so they can be sold ready for market in as little as two years. As the world runs out of land for food production and wild stocks are depleting, the industry is pioneering new ways to future-proof food. Although proponents believe that such developments can be more environmentally friendly by reducing its carbon footprint, there are those who disagree. “Do we have the right to manipulate the DNA of another living being?” says Sharon Labchuk, of the environmental group Earth action, who lead the fight against GM salmon in Canada for decades. To Senator Lisa Murkowski, the issue arises from not labeling GM products as such. “At a bare minimum,” she says, “they must be honest with the consumer.”
FULL SYNOPSIS
TRANSCRIPT