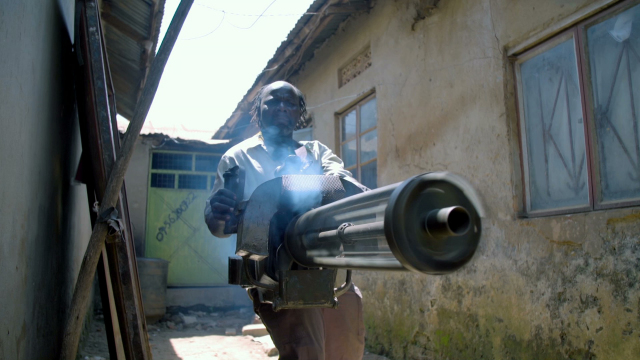 "The first ingredient is action, and comedy. Those two, if you mix them, they make a Wakaliwood movie", explains Isaac Nabwana, producer and director of over 40 ultra-violent movies in the last decade. Covering themes from Ebola to war, and on a sub $200 budget, his exuberant action films are gaining worldwide attention after premiering at New York's Museum of Modern Art. "Action is an international language", says Nabwana.
FULL SYNOPSIS
TRANSCRIPT