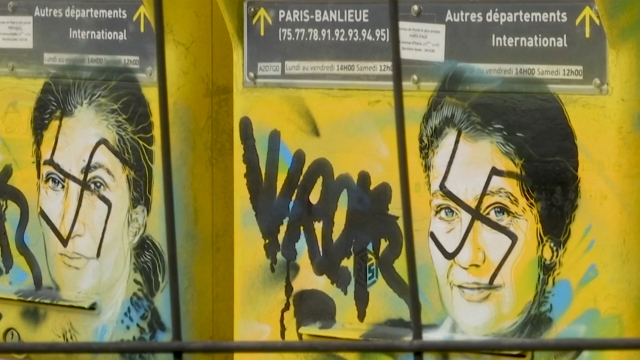 France has the third largest Jewish population in the world, yet the country's statistics show a huge spike in recent anti-Semitic attacks. Have the Gilet Jaunes protests become a home for rising bigotry?

In scenes that shocked France and its half a million strong Jewish community, prominent philosopher Alain Finkielkraut was recently bombarded with anti-Semitic taunts by yellow-vested protestors. Others have been spotted calling President Macron "whore of the jews" and their "puppet". "The yellow vest is a very heterogeneous movement, but it favors the expression of antisemitism because of its populist and anti-elite tones", says research professor Nonna Mayer. France's anti-Semitic incidents are up 74% from last year, with 541 acts according to police count. "The reality on the web is not a few hundreds. It's thousands of course every day!" says Johanna Barasz, assistant director of Dilcrah. Barasz helps coordinate the government's response to hate crimes, and feels French law needs to follow in Germany's footsepts to target hate speech with fines.
FULL SYNOPSIS