Can the protests that ousted President Abdelaziz Bouteflika lead to reform in Algeria? 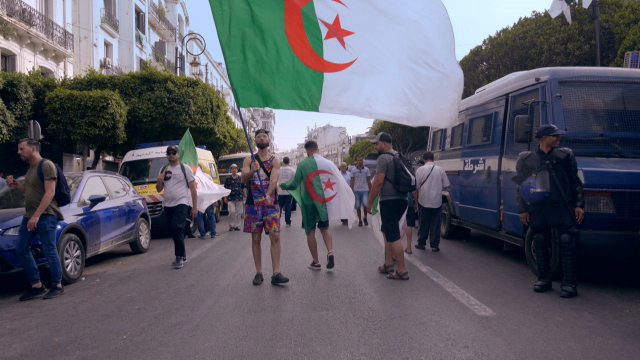 Millions of Algerians took to the streets earlier this year to demand complete political reform. This is an inside look at the revolution that won't stop smiling, attempting to overturn a 20 year regime.

"Algerians saw the fifth mandate as a direct challenge. It was a humiliation", says screenwriter Anes Tina. He was banned from Algerian state media after he savaged the nation's ruling elite in a YouTube video, "I'm angry". In April the protests triggered the resignation of President Abdelaziz Bouteflika, preventing his fifth term from becoming a reality. "He made the country sick for twenty years. They robbed the country, they stole it all", says lawyer Zubaida Assoul. But with ongoing calls for a legitimate government to assume power, the protest smiles on. "They’ll be there as long as it takes. Whether it’s 90 or even 100 Fridays", says photojournalist Louisa Amma.
FULL SYNOPSIS
TRANSCRIPT