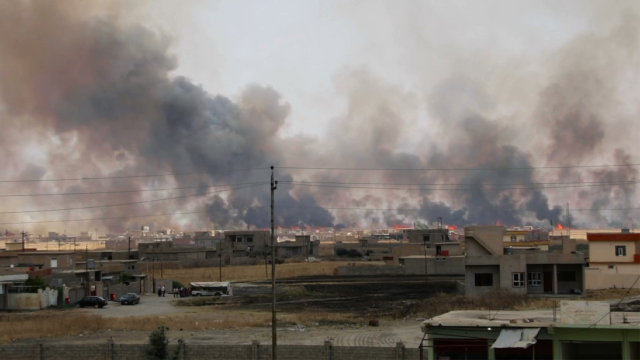 As Iraq fights to achieve food self-sufficiency, unexplained crop fires are ruining thousands of acres of farmland. The government points to natural causes, but is it arson, and if so, who's to blame?

Northern Iraq has been gripped by crop fires decimating the country’s harvest. While the government states that only a third of the fires are a result of criminal action, others blame Iranian-backed armed groups and sectarian tensions. Many accuse Islamic State of widespread arson. "ISIS. I saw them, those who set the fire", says Ibrahim Saleh, who lost both legs and an arm to an IED when rushing to distinguish a blaze.
FULL SYNOPSIS
TRANSCRIPT