How the French are Feeding the Poor with Leftover Supermarket Food 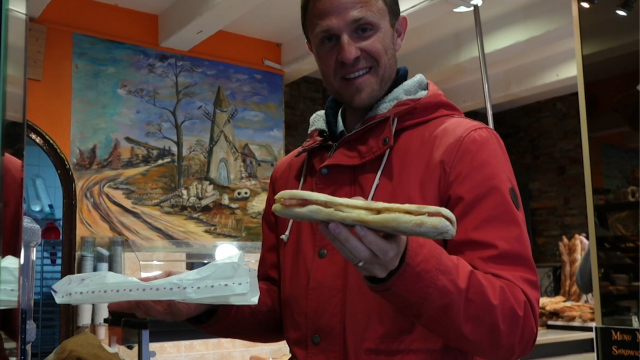 A third of the world's food goes to waste, but France is attempting to do something about it. Since 2016, large grocery stores have been banned from throwing away unsold food that could be given away.

Not only do the French appreciate food, they're committed to not wasting it. "How do you fight against this scandalous way of producing to throw away?", asked MP Guillaume Garot. His Food Waste bill has been recognised as a landmark, banning large grocery stores from discarding unsold food that could be donated to charities who help feed the poor. According to the government, donations to food banks have gone up by more than 20% since the law was enforced. "They have a pretty ambitious goal, to reduce by 50% before 2025", says Zero Waste NGO Manon Cuillé. Many store owners take advantage of tax breaks on the inventory value of the donated food. "We are able to live", says one mother who had struggled to get by on higher priced food.
FULL SYNOPSIS
TRANSCRIPT