Life in Barcelona on Either Side of the Independence Debate 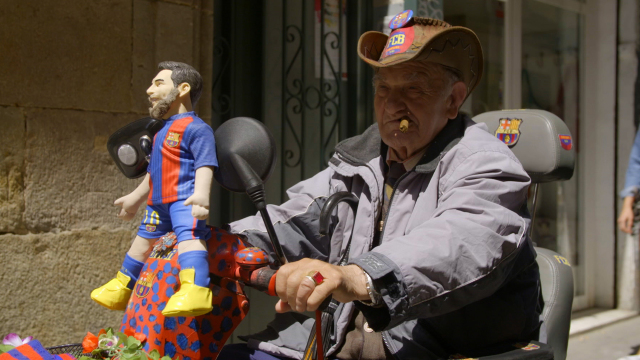 Journalist Eric Campbell settled in Barcelona in 2016. But his home soon became his next assignment, exploring centuries-old cultural tensions as Catalonia mounted a full-scale bid to secede from Spain.

In 2017, the Spanish government cracked down on Catalonia's illegal independence referendum; elderly voters were clubbed and civilians were shot with rubber bullets. "They were fighting against us like 300 years ago", a local man remarks. But for every fervent independentista, there’s a Catalan who wants to stay in Spain. "Pro-independence people have a lot of power over the media but we still have a majority", says unionist Fernando Gracia. The independence push has spurred the explosion of a new far right party called Vox. "Vox is chauvinist, racist, all the ‘isms’ that belong to fascist ideology", one Vox protester exclaims. Three years on, Eric leaves a community divided politically but united by a passion for its culture - a nation within a nation and a world of its own.
FULL SYNOPSIS
TRANSCRIPT