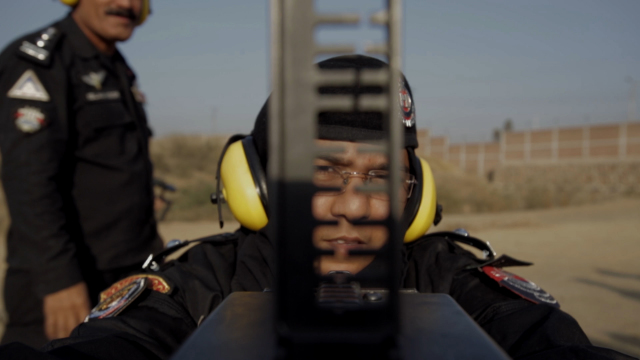 Pakistan ranks as one of the most dangerous countries for women. This beautifully filmed report goes on the road with a former child bride, an elite police officer and a labor rights activist, shot through with animated testimony.

Violence at the hands of men is common and justice is rarely served in Pakistan, yet three brave women are putting their lives on the line for equal rights. "The first injustice that takes place is when a girl refuses to marry someone", says Tabassum Adnan. Now a women's rights activist counseling other victims, Adnan's childhood was stolen when she was married off, too young to comprehend what was taking place. In Peshawar, terrorists murdered Saima Sharif's brother and his police colleagues. Now Sharif trains as a commando in Pakistan's Elite Force anti-terrorism unit, only admitting women since 2014. "Women and men are equal, I will be an example for everyone", she says. Getting used to wearing trousers was one hurdle for Sharif, who now has abseiling and shooting heavy artillery under her belt. In spite of threats and violence, Syeda Ghulam Fatima has freed an estimated 80,000 slaves from bonded labour, standing up for exploited workers in Pakistan's brick kiln industry. "The biggest difficulty was that I was one woman against powerful officers", says Fatima, shown locked in dispute against disparaging operators.
FULL SYNOPSIS