Growth at What Cost? 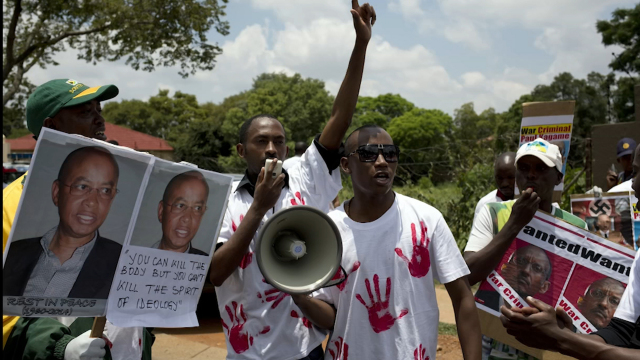 Rwanda has made a remarkable turnaround since the 1994 genocide, with one of the fastest-growing economies in Africa. Despite this success, allegations against the ruling party suggest a darker reality.

"They slapped me. Then they brought batons and they hit me with electric cables", says a former Rwandan citizen, accused by the Rwandan Patriotic Front of hiding information. His story is at odds with the international reputation Rwanda's authoritarian government has fostered since 1994. Former Rwandan spy Patrick Karegeya fled to South Africa, where he was found strangled to death in a hotel in 2014. "Betrayal has consequences" was President Kagame's response to the news, despite denying any involvement. Advocates like Human Rights Watch have criticised the validity of Kagame's presidency, yet his supporters say his strong-arm approach is essential for avoiding another bloody conflict. "Whether you like me or you don't like me, President Kagame is here", says Kagame.
FULL SYNOPSIS
TRANSCRIPT