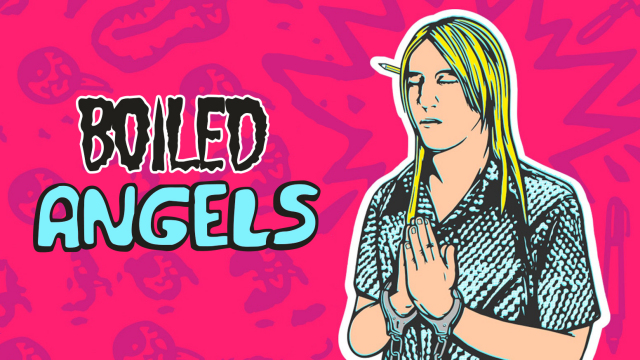 Underground artist Mike Diana is the first, and only, cartoonist to be convicted of artistic obscenity in the USA. Tracing Diana's emergence on the underground adult comic book scene, this alarming doc reveals how Diana crashed against the boundaries of free speech with his graphic portrayals of sex, violence, religion and abuse. A horrifying look at how easily the law can cast aside the first amendment to take down a transgressor of good taste.

Reviews and More
“This doc will have lasting value on video, even if it's seen mostly by alternative-comics fans.” – The Hollywood Reporter
“...offers a horrifying look at how easily the law can be turned against a transgressor in the right circumstances.” – Collider
“There was one quiet evening when it was just he and I and he mentioned something about his arrest and I thought ‘what!?’ I couldn’t picture this guy getting arrested, he barely speaks above a whisper. And he starts telling me the damndest story I’ve ever heard!”. Read more from the film's director Frank Henenlotter on VICE here. 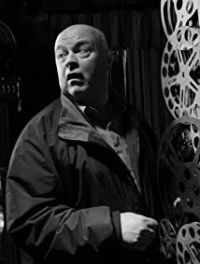 Henenlotter cult films Basket Case, Brain Damage, and Frankenhooker have secured his legacy as one of the masters of the "horror comedy". In recent years he has also created several feature documentaries about the fringes of filmmaking he dearly loves with That's Sexploitation! and Herschell Gordon Lewis: The Godfather of Gore. He has also helped to preserve exploitation film history through his involvement with the distributor Something Weird Video. 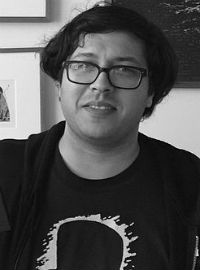 Mike is the author of Pulp Macabre: The Art of Lee Brown Coye's Darkest Era, as well as a longtime staple of the DIY punk scene. He currently plays rhythm guitar in Screeching Weasel and co-owns Co-Op 87 Records in Brooklyn, NY. 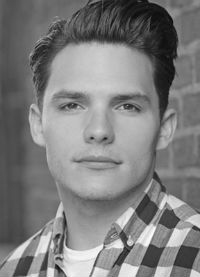 Anthony will be familiar to fans of Henenlotter's work, having had starring roles in the director's films Bad Biology and Chasing Banksy, which Sneed co-wrote. He founded 85 North Productions. He is a performer at the Upright Citizens Brigade and Magnet theatres, and has also exhibited work as an artist in both the fine art and street art arenas.