Omni: An Act Against Gravity

One man's dream to build a human carrying drone 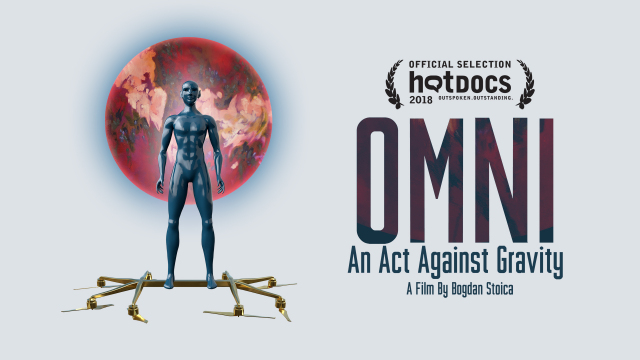 When a YouTube video of Alexandru Duru's hoverboard flight goes viral, the young engineer sets a Guinness World Record and achieves the recognition he desires. But fame and fortune won't come easily to this son of Romanian immigrants. Exploring Duru's wearying trial-and-error efforts as he races to beat other inventors to the next headline-grabbing stunt with his human carrying drone, a rich story unfolds about the human desire to transcend our physical confines.
Festivals 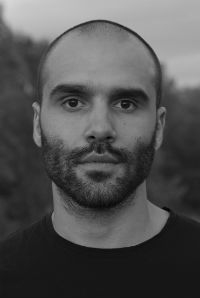 Canadian filmmaker of Romanian descent, Bogdan Stoica holds a bachelor's degree in film and photography, as well as a Master of fine arts degree in photography. In addition to his activity as a film author, Bogdan Stoica is a director of photography and a visual artist. His aesthetic approach touches the boundaries between documentation and fictionalisation, and he shows a particular interest in conceptual issues like ethics, sharing, and otherness. His first feature-length documentary, Omni: An Act Against Gravity (2018) made its World Premiere in the ‘Official Selection Canadian Spectrum’ program at Hot Docs Canadian International Documentary Festival. His latest and second full-length documentary, The Irreversible Consequences of Slipping on a Banana Peel (2019), was selected at RIDM’s 2017 Talent Lab and made its World Premiere in the 'Official Selection Between the Seas' program at Ji.hlava International Documentary Film Festival. 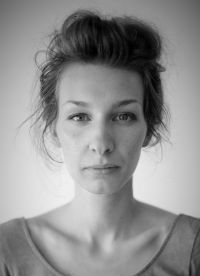 Catherine Bergeron holds a Bachelor's degree in Film and Literature Studies, with a specialisation in Writing, a Bachelor's degree in Fine Arts, with a specialisation in Photography, and a Master's degree in Communications. Besides her work as a film producer, Catherine Bergeron has been working for several years as a film critic and editor for journals and magazines. She is interested in exploring notions as subjectivity, narrativity, and fictionalisation through visual mediums, as well as in questioning the human needs related to the creation and reception of images in present times. Her first project as a producer, Omni: An Act Against Gravity (2018) by first-time filmmaker Bogdan Stoica, made its World Premiere in the ‘Official Selection Canadian Spectrum’ program at Hot Docs Canadian International Documentary Festival. Selected at RIDM's 2017 Talent Lab, her second feature-length documentary project, The Irreversible Consequences of Slipping on a Banana Peel (2019) by filmmaker Bogdan Stoica, made its World Premiere in the 'Official Selection Between the Seas' program at Ji.hlava International Documentary Film Festival.

I believe in a documentary that endorses questioning, anguish, and uncertainty. A debate rather than a preconceived perspective.

Around the year 2012, Alexandru made a bet with a friend. On a summer day, he declared that, by the end of winter, he could build a flying machine - a hoverboard - to lift himself over the ground. By spring, his prototype wasn't ready; it was still in its early stages. The bet was lost, and in consequence, Alexandru had to invite his friend to a fancy restaurant. The challenge had ended, but Alexandru was determined to continue the pursuit. His then frivolous idea soon became an obsession, and Alexandru, a successful software engineer, left all his main projects to focus on the machine. At that time, I had known Alexandru for many years already, and I knew that, even if everybody was putting him down, he was the type to prove people wrong. A few years later, he successfully achieved a Guinness World Record for the farthest flight by hoverboard. All along, I was wondering: What type of person does it take to push the boundaries of human capabilities? Omni: An Act Against Gravity is a testimony of what might lie behind innovation.