The Fallout of America and China's disintegrating economies 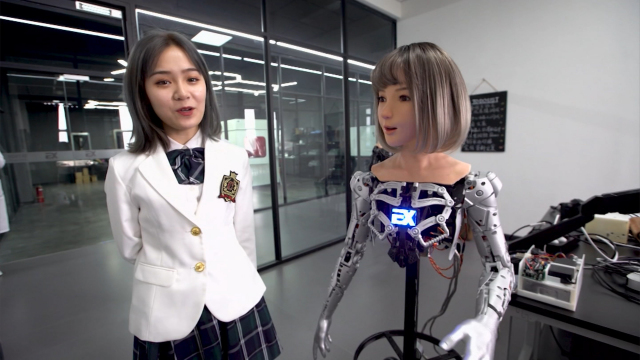 The issue of trade has been rankling once solid relations between the world's two largest economies. As the war of words escalates, so do tariffs. What is the global impact on consumers and businesses?

If you have an electronic product labeled "Made in China", chances are it's from Shenzhen's Seg-e-Market. Among the computer equipment are some GoPro cameras... or are they? "No, it's not a GoPro", says seller Lu Yu. "Go Pro is made abroad and it's very expensive. But this is cheap and it's similar". It's a low profile example of Chinese copycatting, but it's at the heart of what the US describes as China's industrialised thievery. From the most expensive weapons system ever, the American F-35, to US power plant models, the Chinese have their own suspiciously similar versions, thanks in part to hackers connected to the state military. "We can't continue to allow China to rape our country, and that's what they're doing", says President Trump. As US tariffs knock both sides of the 30 year old supply chain, who can keep standing longest?
FULL SYNOPSIS
TRANSCRIPT