Banned from the Pitch 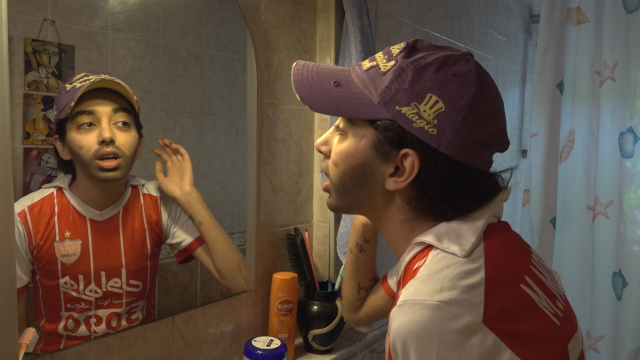 Following the suicide of football loving Sahar Khodayari, FIFA asked Iran to lift its ban and allow women to attend football matches. We meet a fan who fled to Turkey, to fight the ban from afar.

Having fled to Turkey after her friends were arrested at a match, Zeinab Sahafi reenacts the pre-game disguise she used to watch football in Iran. “I have always loved soccer. To me, it has everything: excitement, joy, happiness and sadness”, says Sahafi while applying black makeup to create a beard and thick eyebrows. She ties a corset to flatten her breasts, and a cap to hide her hair. Iran's ban on women in public places gained worldwide attention in September when Sahar Khodayari - known as 'Blue Girl' - set herself on fire in protest. Yet the country has been chosen to host select qualifier games for the 2022 FIFA World Cup. "Women will be allowed to enter football stadiums. This is very important, as for 40 years, this was not happening", announced FIFA President, Gianni Infantino.
FULL SYNOPSIS
TRANSCRIPT