Putin and Zelensky to meet for Paris peace talks 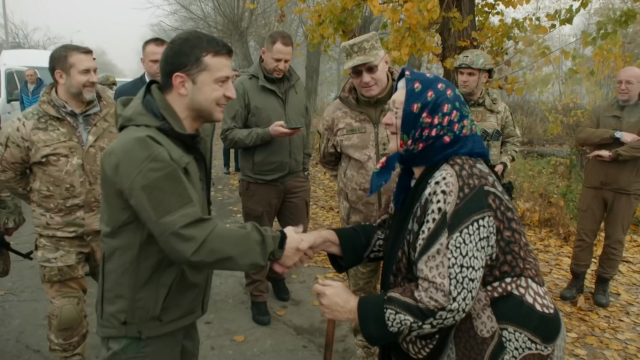 After nearly six years of war, the Ukrainian and Russian presidents are preparing to meet for the first time. How will face-to-face negotiations change the fate of those living in conflict?

Battle lines are being redrawn ahead of peace talks between Moscow and Kiev, in an effort championed by Ukraine's President Volodymyr Zelensky to tamp down hostilities in a conflict that has taken more than 13,000 lives. Since the start of the war, America has assisted Ukraine in its battle with its much more powerful neighbour. That relationship is now in question following Trump's pressure on Ukraine to investigate Joe Biden's son and the withholding of its military aid. This news is worrying for Ukrainians, as their ability to negotiate with the Russians partly depends on the United States and other international support. "It's obvious that there will be no agreement", says Kremlin spokesman Dmitry Peskov. Ukrainian officer Oleh has low expectations as well: "This isn't the first ceasefire, and I can't recall an instance where a ceasefire ended in peace", he says. Despite such pessimism, the Ukrainian President is confident that peace talks will be productive. "This meeting is already a victory for us", says Zelensky.
FULL SYNOPSIS
TRANSCRIPT