The world's first cyborgs challenge what it means to be human 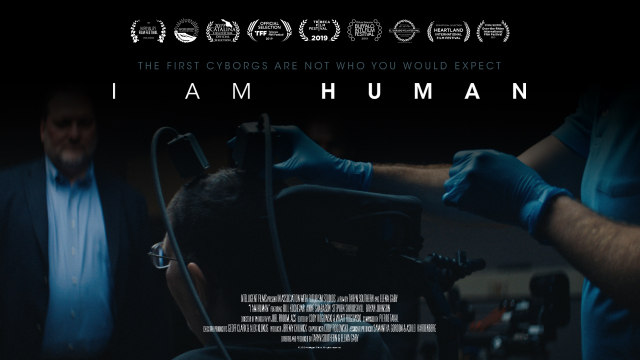 Meet several of the world's first "cyborgs" - a tetraplegic, a blind man, an artist with Parkinson’s - and the scientists and entrepreneurs on a quest to unlock the secrets of the brain. As these pioneers grapple with the unique opportunities of advanced brain technology, we’re forced to reconcile with the larger implications: will the same technologies that heal the sick allow us to develop superhuman abilities, communicate telepathically, and enhance our own cognition? This is the story of a quiet revolution defining the very future of humanity.

Tallgrass Film Festival - Official Selection Reviews and More
“I AM HUMAN is a tech doc with a refreshing focus on people…. a moving trio of narratives about people who are trying to overcome serious physical limitations with cutting-edge brain science.” – The Verge “...I Am Human has its optimistic curiosities and lets its audience contemplate their own curiosities. It doesn’t pretend that the path is clear, but it is moving forward.” – Slash Film ...The profound transformations revealed are so personal and profound and revolutionary, they have to be seen to be believed.”– Screen Daily ...Watching Bill, Stephen, and Anne grapple with the decision to implant chips in their brains is a far more difficult reality than anything in Black Mirror.” – Wired "...An unusually intelligent, wide-ranging, and balanced overview of where the research stands..... a compelling and thought-provoking experience.” – The Big Think To learn more, head to the film's website here.
TRANSCRIPT 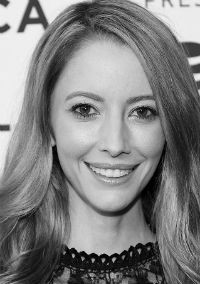 Taryn Southern is an artist, writer, and producer with more than 700 million views across her online content. As one of the first creators on YouTube, Taryn has spent the last decade at the intersection of emerging tech and storytelling.

Taryn’s directorial debut I AM HUMAN, a sci-fi documentary following three of the first real-world “cyborgs,” premiered at the Tribeca Film Festival in May 2019. In 2018, Taryn released the world’s first solo pop album composed with artificial intelligence, I AM AI, demonstrating the possibilities of human/AI creative collaboration.

An active VR/AR evangelist, in 2017, Taryn was one of ten recipients to receive a Google grant to write/produce an interactive VR series, which was nominated for Best Interactive at the Streamy Awards and featured in Ayzenberg’s XR Gallery. 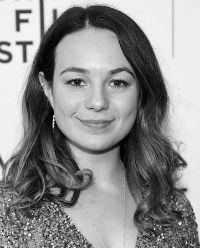 In 2019, Elena made her feature length directorial debut with the sci-fi documentary, I AM HUMAN, (together with Taryn Southern). The film follows three of the worlds first ‘cyborgs’ as they receive brain-computer interfaces. After world premiering at the Tribeca Film Festival, it went on to receive numerous awards (including Best Director from Oslo Film Fest) and praise from publications such as Wired, The Verge, People, CBS News, The Big Think, and Forbes.
​
As a producer, Elena has collaborated with directors such as Emmy-winner Judd Ehrlich and Oscar-nominee Morgan Spurlock. 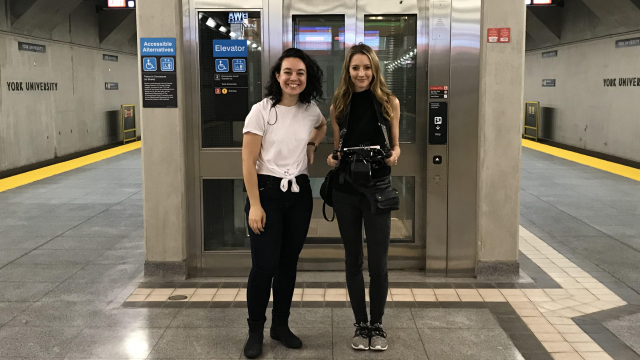 In 2016, Black Mirror and Westworld became worldwide hits - and it became clear the world was obsessed with the future of machine-enhanced humans. Most people have never heard of a brain-computer interface...never mind that humans are walking around now with these implants inside their brains! But there was a clear disconnect between the cyborgs of science fiction and the cyborgs of the real world.

So, we set out to telling the stories of these first pioneers. Soon, one thing became clear - the breakthrough advances in this technology will be shaped not by what happens in the lab, but by the first humans to adopt this technology into their lives.

While making these film, we had a number of enriching ethical debates and we hope that I AM HUMAN can serve as a jumping off point for your own thought-provoking dinner conversations. Ultimately, we do not believe the future is dystopic. We hope this film gives you hope, too.

Taryn & Elena
co-directors//producers
I AM HUMAN