Dying for Medicine in America

The diabetics rationing insulin until they die 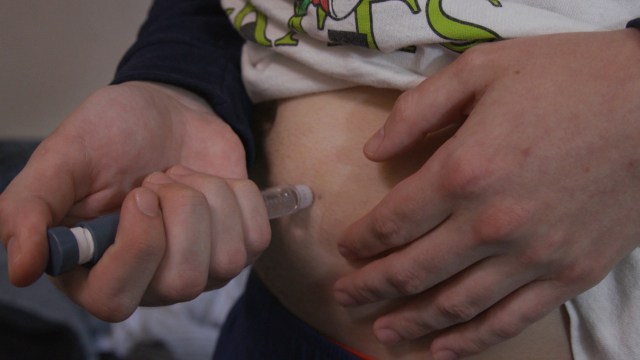 The US is caught in a ferocious battle over prescription drug prices, some of which have seen increases of 5,000%. Unable to afford insurance, sick Americans are forced to beg and borrow to stay alive.

In the past 20 years, US drug increases have left many sick people without medicine, and patients are dying. Large pharmaceutical companies are being held responsible. “Wall Street has recognised that they can make a killing, and they’re literally sometimes making a killing”, claims Dr Vikas Saini. Despite Trump’s election promise to reduce prescription drug costs by 2016, drug costs remain sky-high. Millions are embracing medical tourism. Antroinette Worsham is shocked when she learns that she can purchase her daughter’s insulin for a quarter of the price in Canada. She blames “pharmaceutical greed” in America for the death of her eldest daughter. Others are turning to the black market. Elmer Massey bought a 12-week-treatment for Hepatitis C via a Facebook group. “I’m doing it on blind faith", he says. The industry insists that high prices are necessary to pay for the pharmaceutical innovation that will lead to cures for diseases like Alzheimer’s, but critics say that the price is being paid for in lives.
FULL SYNOPSIS
TRANSCRIPT