How love turned this Nazi into a women's rights activist 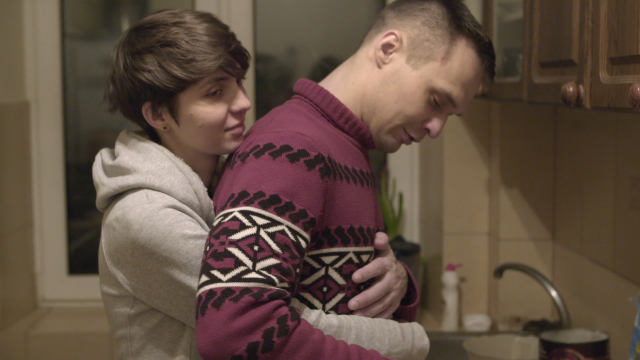 As war rages in eastern Ukraine, Dima, a former leader of an ultra-right group, and Tanya, a self-proclaimed anarcho-feminist, make an unlikely couple in modern-day Kiev. This is their bewildering story.

"When I was a Nazi, I was madly in love with death in all its forms", says Dima, a former member of Kiev's C14 organisation, one of the extreme political factions that thrived in the instability following the war with Russia. But Dima's experiences fighting in Donbass opened his eyes to the bravery of those he thought he despised: "There were all these people serving who I never thought could be warriors." In love and in an 'experimental' new lifestyle, Dima does the cleaning, laundry and cooking while his feminist girlfriend Tanya is out at work as a computer programmer. "If Dima could change his beliefs, that gives hope to other ultra-right people", says Tanya.
FULL SYNOPSIS
TRANSCRIPT