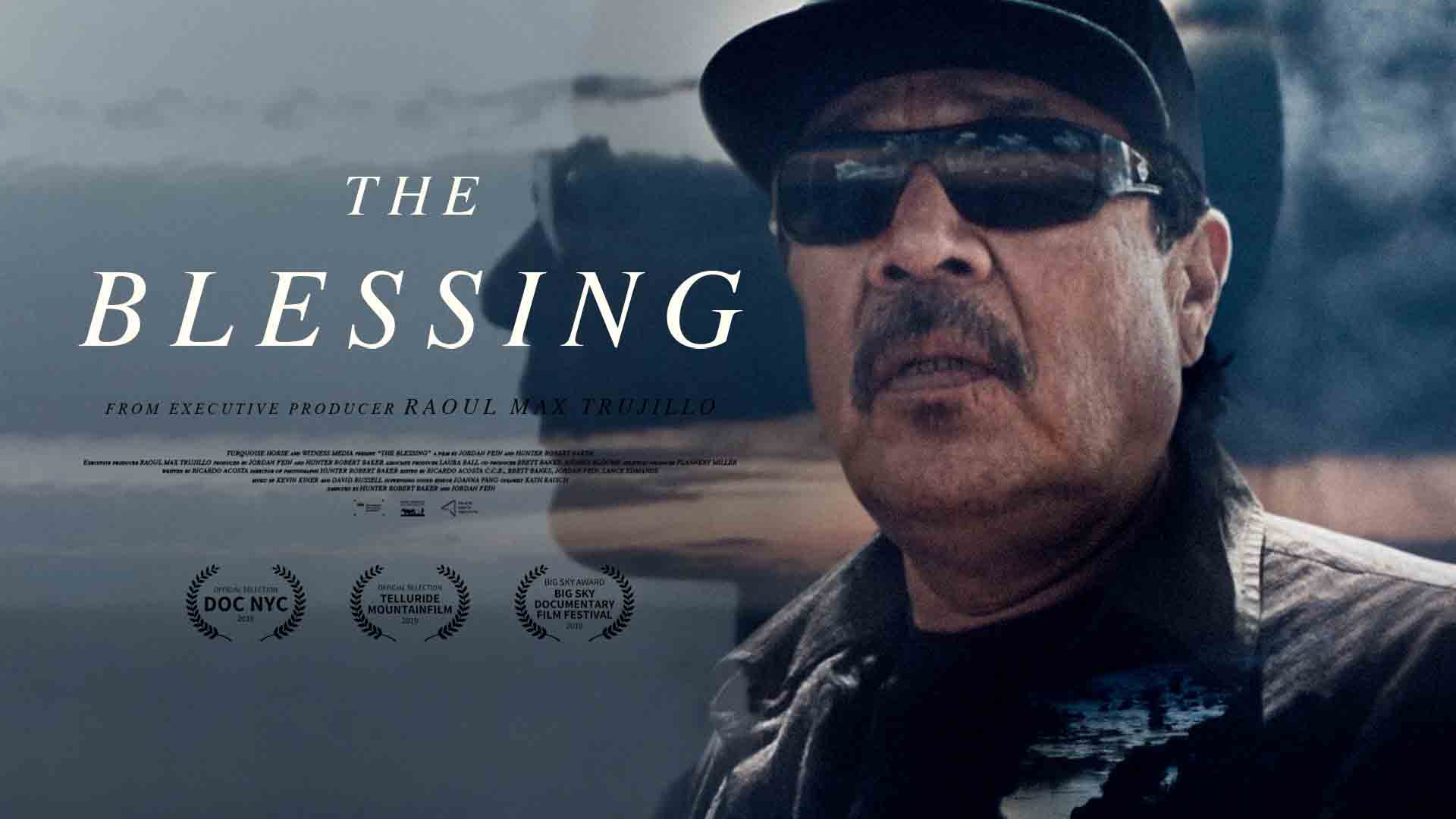 A Navajo coal miner, Lawrence, raises his secretive daughter as a single father, while struggling with his part in the irreversible destruction of his tribe’s sacred mountain at the hands of America's largest coal producer. Co-directed by the Emmy award-winning team, Hunter Robert Baker and Jordan Fein, the filmmakers join Lawrence's family for some of the most deeply personal and important moments in their lives.
Made with support from the International Documentary Association and captured over the course of five years, the filmmakers join a Navajo family for some of the most deeply personal and important moments in the character’s lives. The story follows Lawrence as he endures a life-threatening injury and confronts the deep spiritual sacrifice he makes to provide for his family. His daughter Caitlin, a young Navajo woman, explores her inner identity and manages the expectations of her traditional father, while playing on the men’s varsity football team and being crowned homecoming queen.
First and foremost a character-driven film, The Blessing brings the search for acceptance through this poetic social and environmental story on the Navajo Nation.

Minneapolis ST Paul International Film Festival - Official Selection Reviews and More
“...AN EMOTIONAL POWDER KEG ... the film’s a nearly Shakespearean drama, one in which a deeply religious father is forced to choose between sacrilege (taking part in the destruction of his sacred tribal mountain) and feeding his family”– FILMMAKER MAGAZINE “...This is a story of resilience and perseverance, but ultimately a story of pain and loss of identity. It’s haunting and powerful.”– Film Threat “...Evocative…breathtakingly gorgeous…captures the instability and yearning of working-class life…has all the visual poetry of the best movies about small-town America.”– -Nonfics 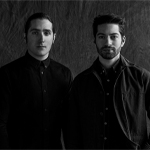 Hunter Robert Baker and Jordan Fein are the Emmy® Award winning filmmakers behind The Blessing. Their work is anchored by telling under-reported stories that bring to light the voices not often heard from. With The Blessing, they are focused on expressing the vital importance of protecting indigenous lands and culture. Baker serves as the film's director and cinematographer, Fein as director and editor. 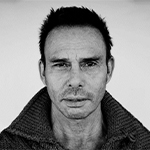 Renowned Native actor, choreographer, producer and director, Raoul Max Trujillo (Ute, Apache, Comanche, Pueblo, Tlascalan) is best known for his portrayal of Zero Wolf in Apocalypto, Rafael in Denis Villeneuve’s Sicario and Tomocomo in Terrence Malick’s The New World. Raoul has taught at the Aboriginal Dance Project at the Banff Centre for the Arts in Canada and has been a guest professor of Indigenous Theatre and Dance at the prestigious art school, IAIA (Institute of American Indian Arts) in Santa Fe, New Mexico. Trujillo will star in the forthcoming film Hard Powder opposite Liam Neeson, in Canada’s 2018 Foreign Oscar entry Hochelaga, Land of Souls, and will appear as a regular cast member of FX’s Mayans MC. 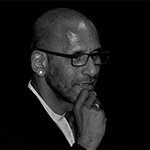 Academy of Motion Picture Arts and Sciences Member and internationally renowned Film Editor, Story Editor, Creative/Editorial Consultant., Ricardo Acosta has been awarded with an Emmy, and has been nominated several times to Genie, Gemini, CCE and CS Awards Ricardo came to Canada from his native Cuba in 1993, where he studied and worked at the world-renowned Cuban Film Institute in Havana. He’s been a fellow of the Sundance Institute (as alumnus, and adviser) several years for the Documentary Editing and Story Lab and The Composer and Sound Design Lab. His film The Silence of Others (2018) premiered at Berlinale, Sembene!(2015), premiered at the Sundance Film Festival and at the Cannes Film Festival. Marmato (2014) premiered at the Sundance Film Festival. 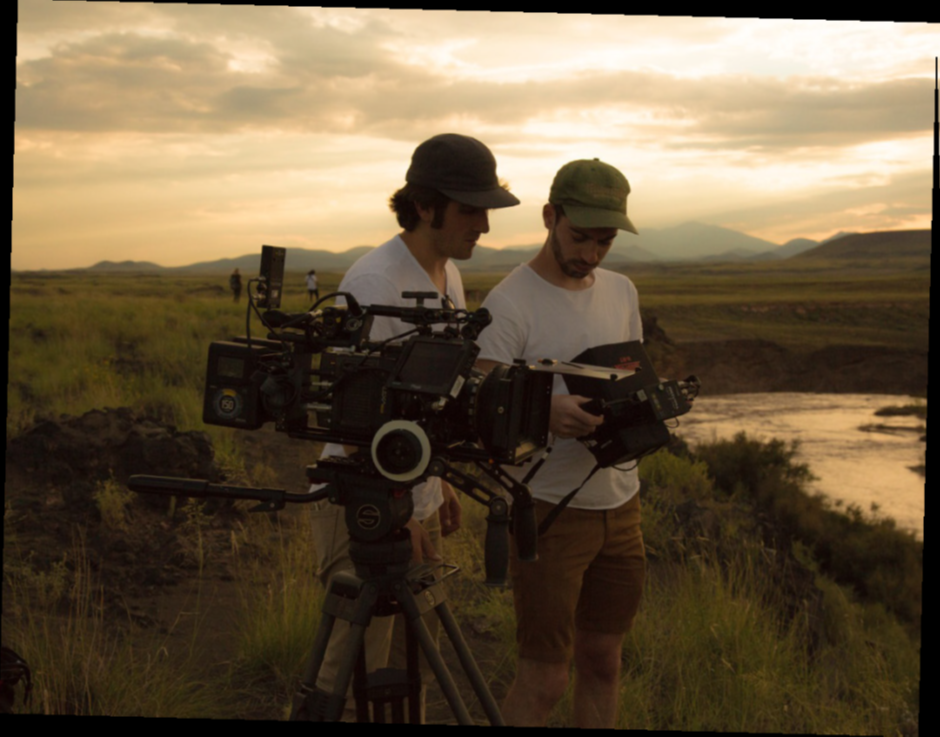 In late 2013, we traveled down dirt roads using a hand drawn map to reach a small reservation town that is lovingly dubbed “where the highway ends and the Wild West begins.” The journey of crafting The Blessing was motivated by the characters' active interest in sharing their heart-wrenching experience and taking part in ensuring the preservation of Navajo culture. Lawrence, the main subject, has used the film to explore the traumas of his complicated past for the first time and to solidify the promise of his daughter’s future. He took an active role in showing us his world through his eyes; Lawrence filmed sections of The Blessing on his own using a helmet mounted camera. The film was only made possible by a deeply felt connection in front of and behind the lens. He trusted us to tell this story, and we did it together.