Mexico does Trump's bidding by clamping down on migrants 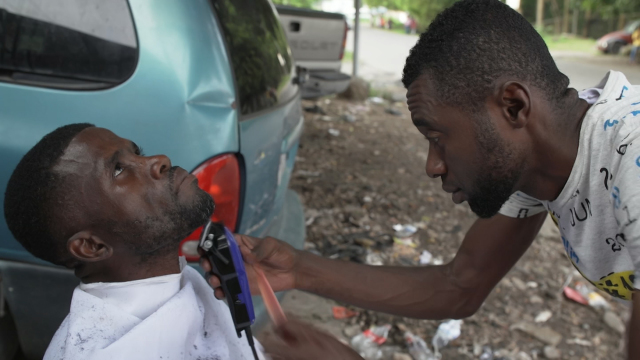 Responding to President Trump's threats to trade sanctions, the Mexican National Guard has been sent to Tapachula to stem the international flow of migrants heading north towards the U.S. border.

Increasingly, migrants from outside the western hemisphere are flying to South America to gain access. Known as 'extra-continental migrants', they come from countries such as India, Pakistan and Cameroon. Ecuador or Brazil is generally the first stop on their journey, before they start the treacherous walk north to Mexico. “It was like hell”, states Francoise, who fled political persecution in the Congo only to face a 15 day trek through the untamed Panamanian jungle. Mexican authorities have halted their progress at the town of Tapachula, which is now home to a diverse migrant population, mostly from Central Africa. “This is where Donald Trump’s wall starts”, says activist and lawyer Luis Villagran. The National Guard intercept migrants without correct documentation crossing the Suchiate River and implore them to return south. Chief of Immigration Francisco Garduño’s recent deportation of 300 Indian migrants demonstrates Mexico’s toughening stance on the movement of people. “This is a notice for all transcontinental migration, that even if you're from Mars, we'll send you back", says Garduño.
FULL SYNOPSIS
TRANSCRIPT