Follow a family of mudding enthusiasts at the last mudhole in Orlando. This is not a film about mudding... 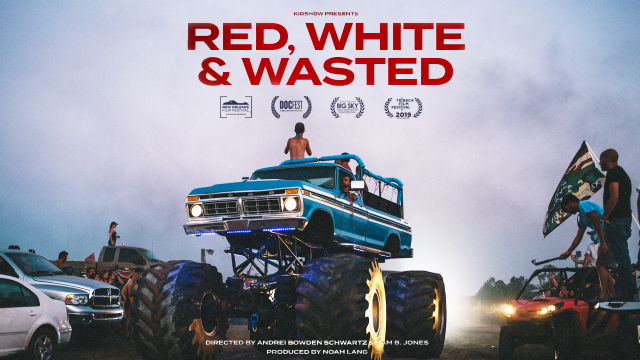 Mudding: it’s just something people do in Florida. You get your friends, your beer, and your truck, and you drive through the mud until you can’t see the paint. If you know where to look, you can find people mudding everywhere in Florida. Swamp Ghost is the last real mudhole in Orlando, and that’s where we meet “Video Pat.” Pat has devoted his life to filming trucks at the mudhole and practically raised his daughters out there. But when Swamp Ghost goes up in flames, Pat loses everything. The only alternative is Redneck Yacht Club, another mudding hub, which eventually reveals itself as a drunken dystopia of white male “freedom”, far from his old country community at Swamp Ghost. Broadcast cut available.

Barbados Independent Film Festival - Official Selection Reviews and More
“...a portrait of an American family glued together by common struggles.” – The Film Stage “...movies like this are a gateway into the nooks and crannies of our country and serve as a sociological time capsule of this time and place.” – Film Pulse “...a vital documentary in a time where our country is divided, each side yelling at the other, neither taking the time to actually step in the other’s shoes, to understand what is behind the way they live.” – Film Inquiry “...Films like this one really deserve to be seen and appreciated for what they bring to the table.” – Orca Sound “...Before the warming ocean turns Florida into an uninhabitable flood land, there is value in having a real idea of how some of them lived.” – NonFics “...The film explores the strange and curious world of mud worshipping monster trucks while simultaneously telling a story that strikes right at the heart of Trumpland, America.” – The Daily Mail “...as the saying goes ‘Fact is stranger than fiction’ and Red, White and Wasted is living proof.” – Blogger News Net 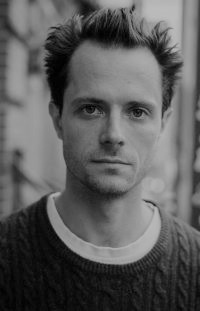 Andrei is a cinematographer and director from Brooklyn, NY. His latest feature film The Polka King premiered at Sundance and was released by Netflix. The film stars Jack Black, Jenny Slate, and Jason Schwartzman and was directed by Maya Forbes and Wally Wolodarsky. Andrei shot Wakefield for Mockingbird Pictures which stars Bryan Cranston and Jennifer Garner. The film later premiered at Telluride, followed by TIFF, and many more before being released by IFC Films. It was directed by acclaimed screenwriter Robin Swicord. Early in his career, Andrei shot Active Adults starring Lola Kirke which was released by The Orchard in 2017. 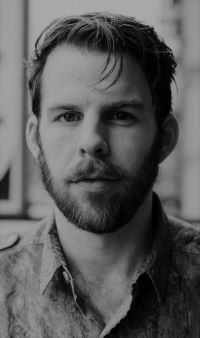 Sam B. Jones is a filmmaker born in Panama and raised in Washington DC and Seattle. Sam studied photography and film at Wesleyan University before moving to New York City, where he works as a director and cinematographer. Sam’s directing career began 2012 when he directed Le1f’s breakout hit WUT which went viral, garnering millions of views online and playing in exhibitions at MOCA and the Whitney Museum. Sam has since directed numerous videos for cutting-edge young artists like Yung Jake, Danny Brown, and DonChristian. As a DP, he’s shot commercial work for clients such as Adidas, Vogue, and GE. In addition to Red, White & Wasted, Sam continues to direct commercial projects for clients such as Reebok, Avon, and Park Hyatt and is developing his own narrative feature film projects. 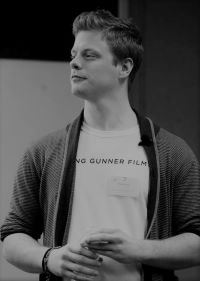 Noah has been producing independent film since graduating from Swarthmore College in 2010. After a stint at Cinetic Media in the Single Picture Finance and Consulting divisions, he co-founded Young Gunner Films which was a selection in the inaugural Dogfish Accelerator and went on to produce feature, short form, and ancillary content. His films have played festivals all over the world including Cannes, TIFF, Telluride, Deauville, SXSW, Tribeca, LAFF, Indie Memphis, Sitges, Champs Elysees, Traverse City, and dozens more and been distributed by partners such as Netflix, Hulu, DirecTV, and Vertical Entertainment. His films have participated in several labs and programs including Fantasia WIP, Cine Qua Non, Berkshire Filmmaker Summit, US in Progress and Big Vision Creative. He is in post-production on the independent drama This Is Not A War Story and the sci-fi thriller Minor Premise. He most recently produced The Climb which premiered at Cannes as part of Un Certain Regard where it won the Coup de Coeur Award and was acquired by Sony Pictures Classics. He is partnered with Gunpowder & Sky and Estuary films on a sci-fi comedy series, packaging the thriller Blood For Dust with Union Entertainment Group, and in development on the horror thriller The White Room with Amblin Partners. 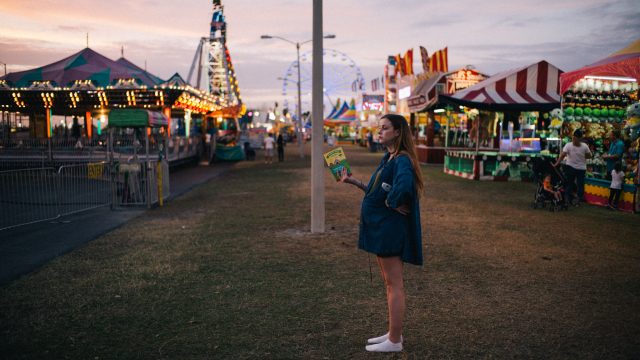 When we first ventured to Central Florida in 2015 to film at the Redneck Yacht Club - one of the world’s largest “mudding” events - we never anticipated being here nearly 4 years later with a feature documentary. We went to Florida thinking we might come away with an unusual location for a short piece and some intriguing stills, but we found ourselves compelled to dive deeper into mudding - this subculture that was so foreign to our own experience and yet so central to the identity of many of our fellow Americans. Each successive trip to Florida taught us more about what was under the surface of this pastime. What we encountered was a culture of overt racism and misogyny, and a unique and scary window into the psyche of rural white America. The culture fell into starker relief after Trump’s election in 2016, and seems to grow in intensity as development forces the closing of smaller local “mudholes” and consolidates the mudding community into fewer, larger, and more dangerous events. But we also found a deep sense of confusion and despair in many “country people” who are keenly aware that their way of life is ending, their beliefs are problematic, and that they are ill-equipped to adapt. Mudding for them was an affordable, community-driven escape from the pressures of modern life, and now they feel depressed and adrift. Our original ambition was to create a sprawling, kaleidoscopic portrait of this subculture, but as we embedded in Central Florida, one storyline separated itself from the pack: Video Pat and his family. They are truly obsessed with (and perhaps cursed by) mudding, and their struggle to scrape by in the face of the transformation of Orlando into a booming tourist-driven metropolis tells the story of mudding in a singular and moving way. We found ourselves following this fascinating and flawed family, empathizing with them as Swamp Ghost - their beloved mudhole, or their “church” as they describe it - is closed down and sends their family and community into a tailspin. As filmmakers driven by the ways that documentary storytelling can change and impact culture, RED, WHITE & WASTED is a means to investigate Florida, the mysterious swing state, and the poor white Americans who - rightly and wrongly - feel that the country is passing them by. As Pat and Co. reckon with the changes in mudding and in our nation, we found ourselves posing the question to ourselves and our audience: this self-described “redneck” way of life is going away. But is that actually a bad thing? Exploring this world through a verite lens has been a strange and illuminating experience. No matter whom your subjects are, when you embed yourselves in a story you can’t help but learn to understand people’s motivations and past traumas, which 4 breeds empathy. Ultimately, this film is not meant as an indictment nor a celebration of our subjects or their ways of life. We hope audiences are shocked by what they see and hear - and equally shocked by how conflicted they feel when the credits roll. They’ll hopefully begin to understand or empathize with people that they never intended or desired to. So with all that said, we hope you enjoy RED, WHITE & WASTED. We’ve worked extremely hard to tell this story truthfully and sincerely. Being able to share this film with audiences is a privilege we take very seriously and is what every filmmaker hopes for. Our hope is that you feel as oddly compelled by this world as we did when we first ventured down to Florida.