How Germany is dropping coal 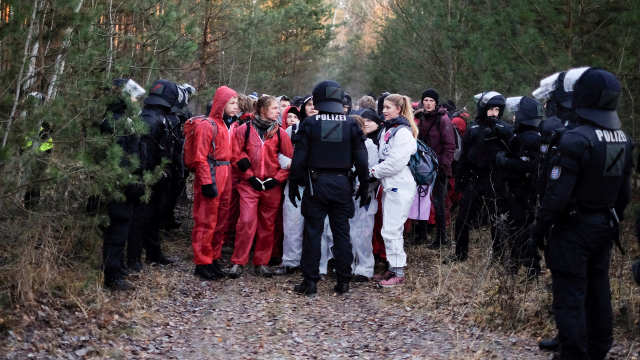 The climate debate turns violent in the industrial region of Lusatia, East Germany, where green activists demand rapid change. But coal-dependent communities are fighting to keep a more gradual phase out deal alive.

Calls for an end to the production of brown coal have intensified since Germany shut its final black coal mine in 2018. “We're a mass action of civil disobedience against coal and climate injustice in Germany”, says one activist. Their actions have not enamoured them to the local residents of this traditional, industrial region, set to receive €2 billion per year to kickstart new industries as coal fades. "They came to riot", says local Frank Seefeld, likening the protestors to football hooligans. "The [Coal] Compromise we've negotiated offers hope to Lusatia", says the mayor of a coal town, addressing her community the night before the protests.
FULL SYNOPSIS
TRANSCRIPT