Politics and Architecture in North Macedonia

What's behind Skopje's hundreds of statues and classical-looking buildings? 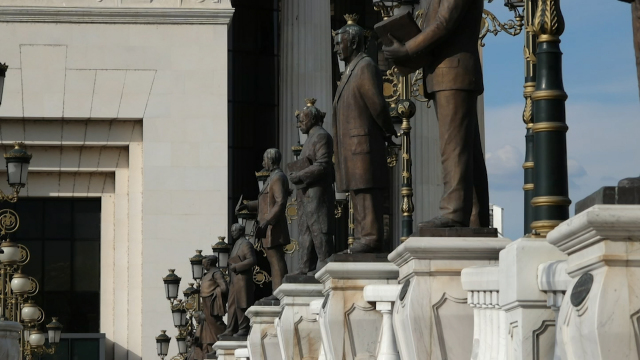 The controversial 'Skopje 2014' project has seen North Macedonia's capital undergo a major facelift, with ancient-looking statues and monuments built all over the city in a bid to raise its profile.

The New York Times called it "one of the kitschiest capitals on the planet", but some critics are less satisfied with Skopje's new facade. Former PM Zoran Zaev says the money would have been better spent on domestic issues, like poverty, education and the country's continued failure to join the EU. "Building friendships is more important than building monuments to the past", says Zaev.
FULL SYNOPSIS
TRANSCRIPT