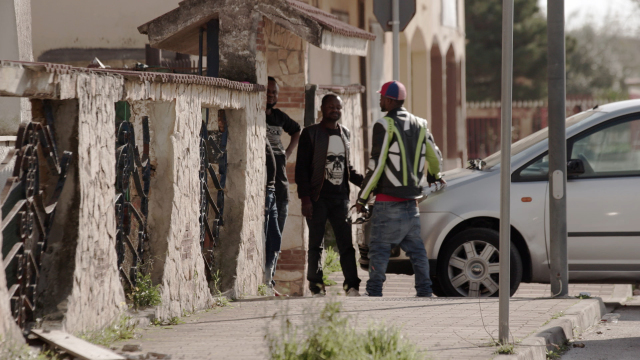 As the coronavirus ravages North Italy, a new threat emerges in the south. This report goes undercover into the heart of the Nigerian mafia that now works side by side with Italy’s oldest Mafia families.

Known as the Black Axe, this international crime syndicate smuggles women and men out of Africa, and traffics them into a life of crime in Southern Italy. Using violence and intimidation, they have taken over parts of cities such as Palermo, which have a large population of undocumented immigrants. Joy Ezekiel, who was sold into the sex trade by the organisation, claims her life was hell: "It wasn't me anymore. I was like a shadow of myself. Just like a living dead, I should say." Black Axe's sudden rise has caught the attention of both the Italian mafia, and the police. Head of anti-mafia unit Giuseppe Governale claims they pose a real and present threat. "In the most populous parts of Palermo where this type of crime rate is most felt, we've determined that even the Italian Mafia fears them", says Governale. Head of a local hospital and frequent target of the mafia, Vincenzo Schiavone has witnessed first hand the results of this unholy alliance between the Black Axe and the Cosa Nostra. "We have seen women with their stomachs open and intestines out. We have seen people come in with heads struck with machetes, bitten", says Schiavone.
FULL SYNOPSIS
TRANSCRIPT