Dammed If You Do

The Turkish Dam Set To Destroy The Country's History 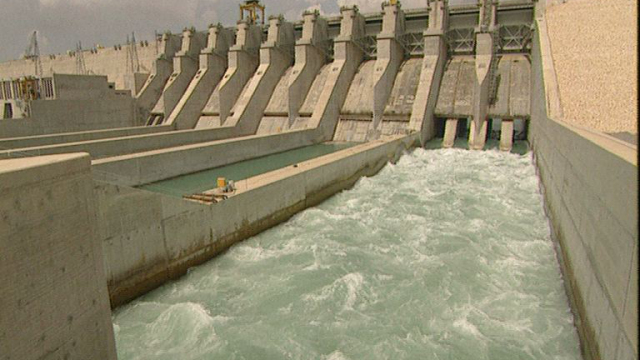 As Turkey gears up to build the GAP Dam project, ABC Australia asks at what price? Archaeological and historical sites are set to be drowned underwater, and Kurds' livelihoods destroyed.

The GAP Dam project, Turkey's 40 billion dollar irrigation and electricity generation plan, will be building its next feat of modern engineering technology, the Birecik Dam, on what's been hailed as the new Pompeii. A splash of color amidst vast sable, the recently-unearthed mosaic depicting water gods of the ancient world lies in waiting for its watery grave. Poseidon and Oceania are just now seeing daylight for the first time in 17 centuries. They may soon return to their deep blue underworld. Priceless ancient statues and villas have been found in just a few small excavations of the area. But this history stands powerless against the decade-long project --slated to add 22 dams, 19 hydroelectric plants, and 7,000 km of irrigation channels to the Tigris and Euphrates. While archaeologists scramble to save what they can, groups of soon-homeless Kurds do the same with their possessions. They suffer another government attempt at Kurdish disPlacement. Families are moved from houses their ancestors occupied to a dusty ridge overlooking what used to be their riverside orchards. Meanwhile the blocked waters of the Euphrates start their slow rise. Produced by ABC Australia
FULL SYNOPSIS
TRANSCRIPT