Brave Pastafarians fight the sceptics to evangelise their message 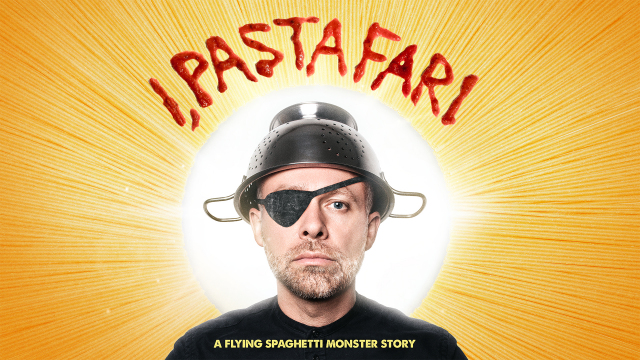 With millions of believers worldwide, The Church of the Flying Spaghetti Monster is the world’s fastest growing religion. I, Pastafari follows a few brave members of the church, the Pastafarians, as they fight for their religious freedom to access privileges and exceptions in law granted to other religions. Along the way, the Pastafarians force intolerant skeptics to answer the question, “what is a real religion anyway?” 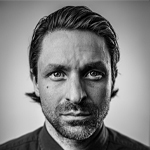 Michael Arthur holds a business degree from a prestigious American public university, which sits and collects dust in his mom’s basement. He is very much an accidental filmmaker. In 2011, while working in a cubicle somewhere in Portland Oregon, Mike took a filmmaking night class to balance out the monotony of corporate retail. The documentary that resulted went from a YouTube short to a full-length feature which then aired on national TV in 2013. The experience ruined his cubicle aspirations. 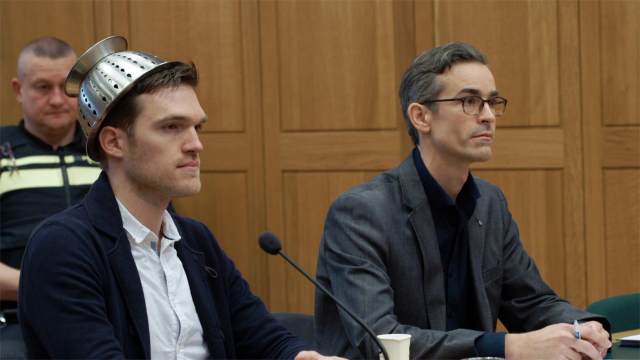 "Progressives vs. Conservatives. Globalism vs. Nationalism. The Religious Right vs. The Liberal Elite. We find ourselves today in the midst of a war on multiple fronts. While they may appear to be separate conflicts, they all share a common core. In this way, it is only one war: fact vs. belief. To end it, we simply need to align on what a ‘fact’ actually is.

How then do we decide, which claims to accept as fact? Do they exist in an old book? Are they the claims given to you by the powerful, those who deem to benefit the most from the ‘facts’ they provide? Or, perhaps, is it those claims based on overwhelming observable evidence?

Since the Enlightenment, science has consistently proven the best tool to propel society forward. Despite how far science has brought us, recently, we seem to be regressing. The amount of people that have been convinced science is just another system of belief has gotten too big to ignore. All is not lost. The antidote to alternative facts and fake news is science.

When we all share a common definition for ‘fact’, there is no reason to doubt vaccines prevent disease, or that human activity impacts climate, or that murdering infidels may not grant you free admission to paradise. Only when we once again share a common basis for fact, can we stop arguing and start debating realistic solutions on how to fix the woes of the world.

The key to ending this war is to break through to the most vulnerable in our society. Those who do not have access to a quality education. Those who cannot afford to travel and experience cultures and ways of life unlike their own. Those that are convinced that all the answers they need are in whatever holy book their parents read to them. These are the ones who are the most susceptible to the false promises of the powerful. Instead of preaching the gospel of science from the pulpit, to reach them we need to try a different approach. This is the audacious hope of I, Pastafari. In a time of flat-earthers, anti-vaxxers, fake news, and alternative facts, the Pastafarians may be the savior the world has been waiting for."