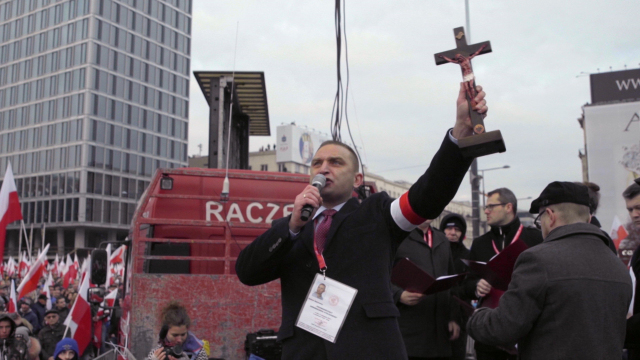 Poland’s government and Catholic Church have launched an aggressive crusade against liberal democracy. But as the election unfolds is the tide turning against them. Are Poles now afraid they risk becoming Europe's outcasts?

"This time it’s not a red plague, but a rainbow plague", says the Archbishop of Krakow, referring to the LGBT movement. Since the Law and Justice party came to power, many say the church and state have been working hand-in-hand to restrict freedoms. Under the din of homophobic rallying calls there are fears that the Polish government will use the pandemic controls to restrict abortions, and rig the ongoing elections. "Officially, of course there is separation of church and state. But it is a fiction. They are just like twin brothers", says one critic. As the country returns to the polls, indignant EU member states protest plans to grant Warsaw major financial aid.
FULL SYNOPSIS
TRANSCRIPT