The War Next Door 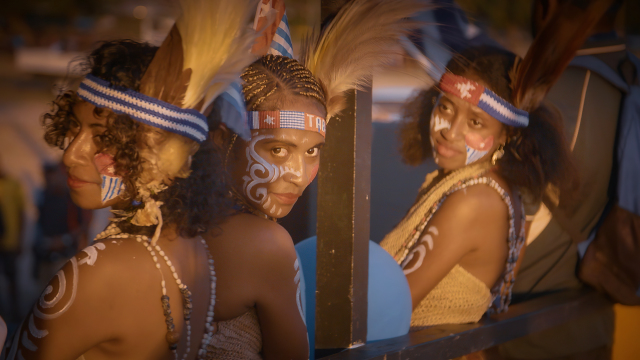 In West Papua, a secret war between locals and the Indonesian government has led to terrorism, child soldiers and mass graves. Off-limits to foreign tourists, this is one of the world’s most hidden conflicts.

Just north of Australia, a brutal war is being waged between West Papuans demanding independence and the Indonesian government bent on keeping the resource-rich province. With tens of thousands displaced over the years to neighbouring Papua New Guinea, refugee Tony Sapioper refuses to give up the fight. "I want to go to West Papua and fight, instead of wasting my time here. Because that’s the only dream I have. I hope that one day West Papua will be free." With foreign media banned from West Papua, local activists allege brutality and racism at the hands of the Indonesian military. "All my life I worry about my life.  Not only me, I worry about my people’s lives.  All the people of West Papua worry about their lives", says wanted civil activist Victor Veimo. Indonesians allege that the independence movement is violent and has resorted to terrorist activities, including the use of child soldiers. A spokesman for one of the guerrilla groups places the blame at Indonesia’s door. "When they see their father being killed or their mother killed and then they grow up to be 12 to 15 years old, they will become a soldier."
FULL SYNOPSIS
TRANSCRIPT