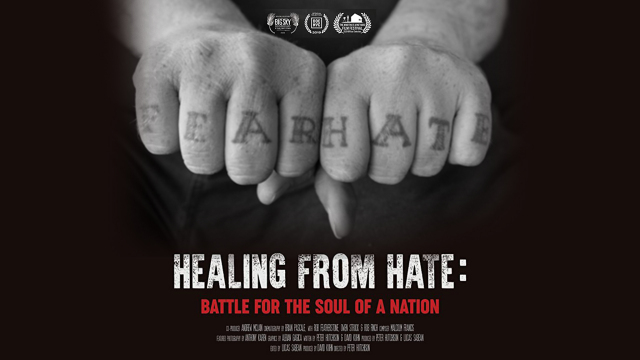 For decades, clandestine Neo-Nazi cells across the United States have recruited vulnerable youths trapped in a cycle of violence and isolation. They offer them a sense of belonging and self-worth, bolstered by political indoctrination. But when individuals become disillusioned, their only way out is to sever ties with everything and everyone they've ever known; a barrier demanding the strongest of wills to overcome. Enter Frank Meeink, Tony McAleer, Sammy Rangel and their team of reformed far-right extremists, who use empathy and understanding to make the transition to life after hate manageable, and put those escaping violence and coercion on the path to recovery and re-integration.
Festivals

The Martha's Vineyard Film Festival - Official Selection Reviews and More
“9 out of 10” – FILM THREAT “A hopeful expression of how hate does not need to be the end of the road.” – CBS News “I was moved somewhere beyond words. A great film... required viewing.” – UNSEEN FILMS
“Equal parts chilling and hopeful.” – FORBES
"Mandatory viewing" - The LA Times
Healing from Hate examines the root causes of hate group activity through the bold work of those battling intolerance on the front lines, including Life After Hate, an organization founded by former Skinheads and neo-Nazis, now engaged in transforming attitudes of intolerance. Documenting a stunning era of hatred in America, Healing from Hate follows these reformers in their work to de-radicalize White Nationalists, and heal communities torn apart by racism. Established by a group of former neo-Nazis and Skinheads, Life After Hate was initially envisioned as a support network for those attempting to transition back into the mainstream. But with hate on the rise, the group began to focus on community engagement and direct interventions as well. These compelling “formers,” all with deeply moving stories of their own, carry a uniquely personal understanding of the roots of hate – and an equally unique approach to working with active “movement” members that’s grounded in empathy and compassion. Having been provided with exclusive access, Healing from Hate follows these counselor/activists in their crusade against violence and intolerance – through community & family engagement, as well as direct “intervention” with radicalized youth – experiencing the conflict of their struggles firsthand. In support of these powerful personal stories, groundbreaking sociologist Michael Kimmel (“Guyville”, “Angry White Men” & “Healing From Hate”), offers up a parallel narrative through-line – helping the viewer to understand the psychological process of white radicalization, the crucial role of deep-seated needs around masculinity, and insight gleaned from his extensive research with “EXIT” groups around the world – work that had its genesis in Europe, and forms the basis of his recent bestselling book “Healing From Hate”. Hate is part of a profound change in the crumbling American Dream, and with the arrival of the era of Donald Trump - as well as the tragedies of Charlottesville, Parkland, Pittsburgh and El Paso - the stakes have only intensified. In these times when civil discourse has perished, Healing from Hate seeks to shine a light on the roots of hatred, and courageous work of those who have made their way back from violent extremism – with an eye trained on what’s needed to return meaning, identity and tolerance to a generation of disenfranchised white men.
FULL SYNOPSIS 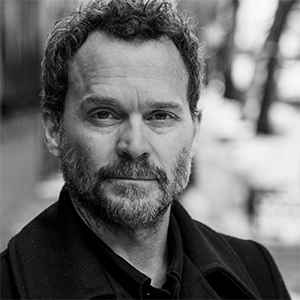 Peter Hutchison is a critically acclaimed filmmaker, NY Times Bestselling author, educator and activist. Based in Brooklyn, his experience in film and TV production – as a documentary director, producer and writer – spans nearly two decades.

He recently produced & directed Requiem for the American Dream: Noam Chomsky and the Principles of Concentration of Wealth and Power – an exploration of wealth inequity in America, grounded in an intimate, long-form interview with Noam Chomsky (Netflix). A NY Times Critics Pick and #1 top-selling doc on iTunes, the book version of the film debuted at #6 on the NY Times Bestseller list (Seven Stories Press).

He is currently at work on a triad of films exploring hate in America, including the feature Healing From Hate: Battle for the Soul of a Nation, which examines the root causes of hate group activity through the bold work of "Life After Hate" – an organization founded by former Skinheads and neo-Nazis now engaged in de-radicalizing violent extremists, and transforming attitudes of intolerance. The companion pieces Angry White Men: American Masculinity in the Age of Trump, based upon the groundbreaking work of sociologist Michael Kimmel (Grasshopper Film), and Auschwitz: Facing the Legacy of Hatred, which follows ex neo-Nazi and Holocaust denier Tony McAleer on a personal journey of atonement through the Polish death camps (currently in post), complete the trilogy. 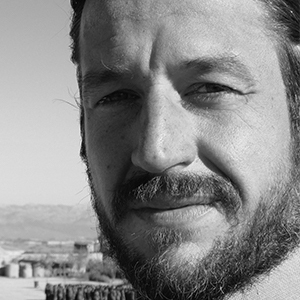 David has extensive experience in documentary film production, television, journalism, photography and law. He is currently producing Life After Hate: Battle for the Soul of a Nation, which examines the root causes and conditions that foster racism and xenophobia among the radicalized Alt Right (2019), Visible Man, on elevating the black experience in America for boys and men of color (in production), Give or Take, a feature on one man’s journey to accept his father, and change his life (in post-production) and Recovering West Virginia, on the beauty and struggle of this state of despair (in production). He recently produced a documentary feature, The King, on the life of Elvis Presley as a metaphor for the rise and fall of the American empire. He produced a short film in Cuba, The Cyclist (Una Cyclista) for “The New Yorker Presents...” series on Amazon (2016).

Before his current position as Senior Producer for The Nantucket Project, he has served as legal counsel and/or producer for documentaries such as: Denial (2016), (T)error (2015), Requiem for the American Dream (2015), The House I Live In (2012), Beyond the Boardroom (2006), and Capturing the Friedmans (2003). In prior work, he was a public defender litigating in Manhattan criminal courts for nearly a decade, embedded with US troops in northern Afghanistan, and was published in Vogue, The New York Times, The Huffington Post and other publications for writing and photography. His films have appeared at Cannes Film Festival, Sundance Film Festival and many others. He was nominated for a Grammy Award in 2019 for his work in film and music and is a voting member of the Recording Academy. 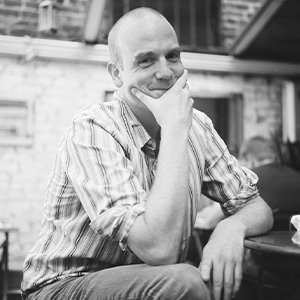 He was named a "Filmmaker of Tomorrow" at the 1999 Telluride Film Festival for his short film Relievio (2000), and associate produced the feature-length Sundance Film Festival's Roof to Roof (2001). His film End of Era (2003) was selected as part of the Underground Zero film program, screening at more than a dozen International film festivals. The Last Stand (2008) won best feature film by a local filmmaker at the Backseat Film Festival. Choreographer Paul Taylor has called his films "superb - like poems made visible." He has an MFA from Boston University in Film Production. 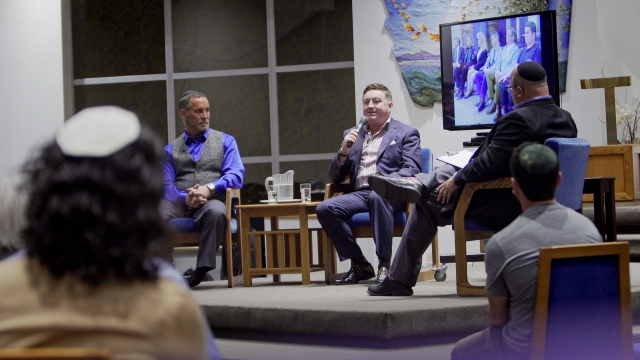 I’ve had the privilege of spending the past several years working with anti-hate activists Life After Hate - a group of former neo-Nazis and Skinheads now working to de-radicalize White Nationalists (although they prefer the term “re-humanize”), and provide education & support for families & communities battling on the front lines of hate.

When I embarked on the project – initially envisioned as an examination of the “crisis of masculinity” in America – Trump had yet to settle into the Oval Office. Although the warning signs were surely there, I could never have anticipated what lay ahead in the form of Charlottesville, the rise of the Alt Right, executive branch-endorsed xenophobia & intolerance, and a truly shocking rise in hate crimes.

Now Nationalism and extremist hate crimes have been catapulted to the world stage – from the tragic anti-Semitic attack in Pittsburgh, to the brutal assault upon Muslim worshippers in Christchurch, NZ, to the senseless targeting of Hispanics in El Paso – along with a very public debate about who we aspire to be as a people. It was my good fortune to find myself in the company of this extraordinary group of individuals, committed towards creating a powerful force for good, instead of merely cursing the darkness.

It’s been an honor to work with and learn from such an inspiring group of people – not to mention having been given the opportunity to tell their remarkable story. In the midst of disturbing and uncertain times, they’ve shown me – time and time again – that there’s a hopeful way forward. I believe this film captures and conveys that crucial message and spirit.