The Disunited States of America 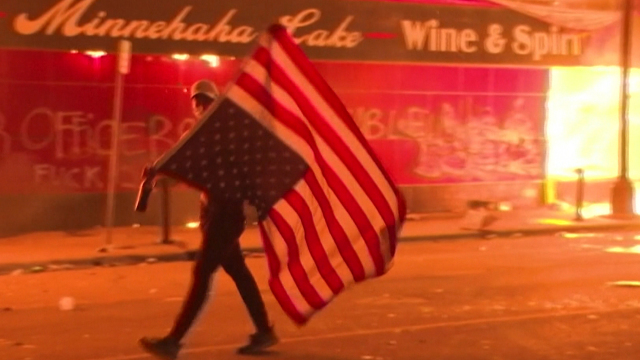 As protests explode in cities across America, the country’s ugly racial fault lines have been exposed. In the midst of violence, frontline activists are demanding an end to racism and police brutality.

The murder of George Floyd has unleashed a global wave of anger at the treatment of black people by the police. Nowhere is this more visible than in America. "We want justice. I don’t want people talking, I want action!", says one activist. With some cities such as Minneapolis experiencing looting, many activists help clean up plundered stores, but refuse to condemn the protests. "These buildings were supposed to burn down because our voices weren’t being heard. I don’t know how we can change things, if people don’t open their eyes to realise that taking the life of an unarmed man, for no reason, it’s not fair", says one volunteer. "After the destruction comes reconstruction", says another. While many are calling for police forces to be defunded, some activists say the problem persists everywhere, from housing to education. "In the 1940's and 1950's, those called African-Americans... could not use the toilet or live with the Caucasians, white people. Everything was divided. Today it’s the same, but in a more subtle way’, says one activist.
FULL SYNOPSIS
TRANSCRIPT