A desperate struggle between conservationists and oil interests plays out in Yasuni Man, as the indigenous peoples living in the heart of the Ecuadorian Amazon struggle to preserve their way of life against encroaching modernity. Filmmaker and biologist Ryan Patrick Killackey documents both the staggering biodiversity of the Yasuni region at risk of destruction alongside the Waorani people who call it home. 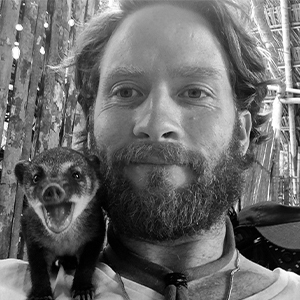 A Chicago native and graduate of The University of Montana, Killackey started his career as a wildlife biologist on various research projects studying frogs in freshwater lakes, tracking and live trapping wolverines, and as a wilderness ranger at a bear observatory in Alaska, but his passion was with amphibians.

After several years in the US, this passion has lead him to the Ecuadorian Amazon and a transition to photography and film began in 2005. He has since worked on several projects for Giant Screen Films (3D/IMAX), National Geographic, PBS, Yale E360 and others. 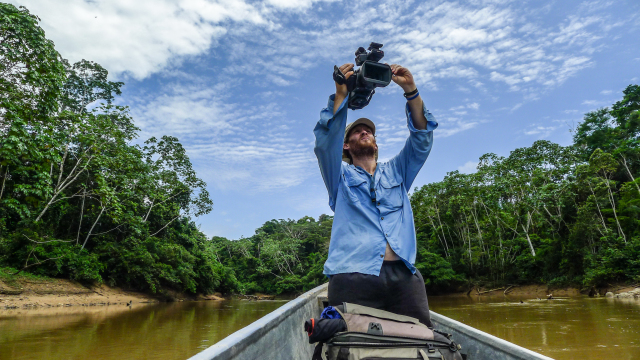 A Chicago native and graduate of The University of Montana, Killackey started his career as a wildlife biologist working on various research projects studying frogs in freshwater lakes, tracking and live trapping wolverines, and as a wilderness ranger at a bear observatory in Alaska, but his passion was with amphibians. It was Ryan's love of amphibians that first brought him to Yasuni in 2005 where he learned buch about the rainforests wildlife, and witnessed the many struggles of the people native to the region who depend on the forest for their survival. After 4 years of living and keeping in contact with his Ecuadorian community, Ryan decided to return to the Amazon due to his unique access to the Waorani community, and the Yasuni Biosphere's global significance to biodiversity and indigenous knowledge.

In late 2009, Ryan went to Ecuador to begin development on the film, and he officially went into production in March of 2011. After 7 long years of triumphs and tragedy, Yasuni Man was finished after 5 expeditions, totaling over 1 year in the field. Upon completion, Yasuni Man became a hit on the film festival circuit where it screened in 16 countries where it garnered 15 award wins, 23 nominations, over 30 official selections, a partnership with the United Nations, and support from many celebrities and Non-profits.

As a companion piece to the film, Killackey's original idea was to have the research seen conducted in the film to be published in scientific journals as companion pieces to the film, implementing an strategy that could be used as educational curriculum at schools and universities, and used by scientists, environmentalists and human rights advocates. To date, two (2) of seven (7) publications on Birds and Mammals have been published in print/online scientific peer-reviewed journals - Neotropical Biodiversity and Mammalia. Reports on Herps (amphibians/reptiles) and Fish are currently submitted for publication and are under review.

Ryan has worked on several projects for Giant Screen Films (3D/IMAX), National Geographic, PBS, Yale E360 and others. He currently lives in New York City where he shoots the news for several programs at ABC television, while working on his next feature documentary, A Light in the Darkness.

For more info, follow us on social media (instagram, Facebook,Twitter) at @YasuniMan and visit our websites - www.yasuniman.com and www.pollywogproductions.net