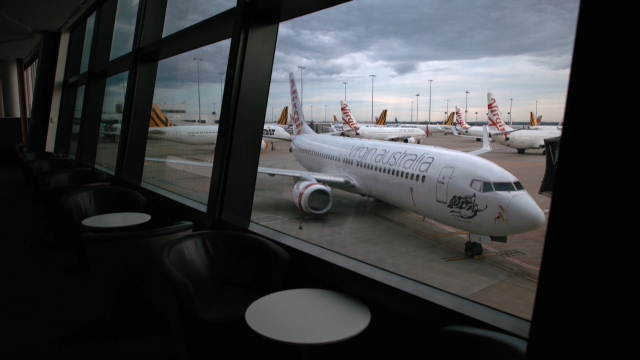 With borders firmly shut, Virgin Australia went from being the second largest airline in the country to being sold on the cheap. With other carriers facing a similar future, can the industry survive Covid-19?

Virgin Australia was once a brash outsider in the airline industry, known for its unconventional style and cheap fares. But it entered the Covid age saddled with debt, and was forced to seek government assistance: ”The skies were effectively closed. So you have a big capital-intensive industry with a lot of people. And you have no revenue. Our revenue went down to a very low number very quickly”, says chair of Virgin Australia, Elizabeth Bryan. When the government opted against saving Virgin, but supported REX Airlines, led by a former government official, some accused it of cronyism: ”We didn’t have deep ties into Canberra that other industries had”, says Virgin CEO Paul Scurrah of the failed bailout. Virgin was sold to venture capital firm Bain, and is facing mass layoffs. While experts believe the industry will recover, some fear that new technologies could cut down air travel significantly: ”Our biggest competitor will be Zoom and Teams in a post coronavirus period because people in business have discovered you can hold a pretty good business meeting digitally”, says John Sharp, Deputy Director of REX Airlines.
FULL SYNOPSIS