The Power of Falun Gong 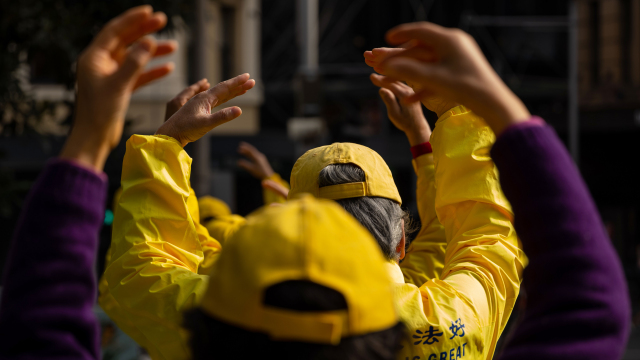 Banished from China, Falun Gong is now a global brand that claims to promote higher spirituality. As its leader throws his support behind Donald Trump, ex-members lift the lid on the secretive organisation.

Founded in the 90s, Falun Gong attracted millions of supporters before being brutally suppressed by the Chinese government. Now an international spiritual movement, spokesman Jonathan Lee claims their message is simple: ‘Don’t tell lies. Always tell the truth. You treat people compassionately.’ But ex-members paint a different picture. Decrying a cult-like atmosphere, they say members are dissuaded from seeking medical help. Shani May claims that after her mother joined Falun Gong, she stopped taking her blood pressure medication. She died of a stroke: ‘If it wasn’t for Falun Gong, she’d still be with us. It would have taken two tablets a day and she’d still be with us.’ Falun Gong, under its secretive leader Li Hongzhi, has allied itself with the Trump campaign, and its media outlet, the “Epoch Times”, has been banned from advertising on Facebook: ‘Seeing Trump’s aggressive stance with China and his openness to socially conservative beliefs which Li shares, he has just decided to push the button and get the whole movement on board with Trump.’, says ex-member and journalist Ben Hurley.
FULL SYNOPSIS
TRANSCRIPT