The Aftermath of the Beirut Explosion 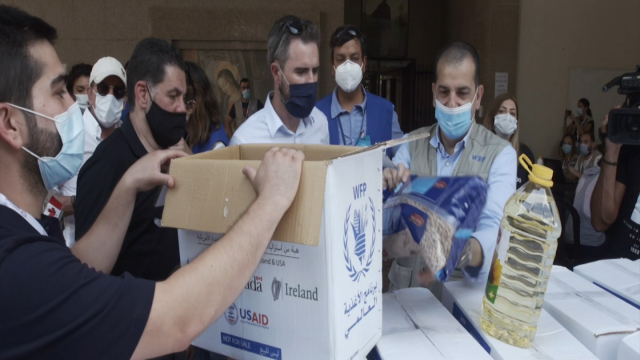 In the wake of the explosion in Beirut, volunteers gather to pick up the pieces. Disillusioned with the government, these activists want aid to be channelled directly to voluntary workers, not those in power.

'The government is not here, is not anywhere, is not present. Only Lebanese people. Students, elderly people, youth. We are building the country,' says Maroun Karam, founder of a Lebanese relief campaign. Angry at a largely absent government, activists like Karam believe that financial aid should go to voluntary efforts, rather than the government. 'Don’t give them the money, give it to us. We’re doing the distributing,' says one volunteer. Meanwhile, many are concerned that they are not getting the type of aid they desperately need. 'We don’t want food aid, a lot has been distributed and people are throwing it away… We need people to send money to rebuild the houses,’ says one resident.
FULL SYNOPSIS
TRANSCRIPT