The rugby team that offers an opportunity for social cohesion and redemption. 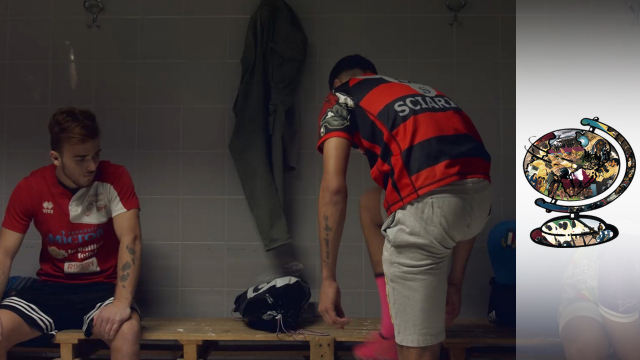 Librino is a neglected area of Sicilian city Catania, and is regarded as a difficult neighbourhood. But when the head of a rejuvenation project suggested starting a rugby team - 'Briganti' - the area was injected with new life.

'The idea was to build a philosophy against the stereotype of Librino as the neighbourhood of illegality and negativity', explains one of the team's founders. 'Before, when I was not practicing any sports, I was hanging around in the streets', says one young Librino local. But not everyone supports the project - the team's clubhouse was burnt down in an arson attack.
FULL SYNOPSIS
TRANSCRIPT