Persuading pandas to do the deed 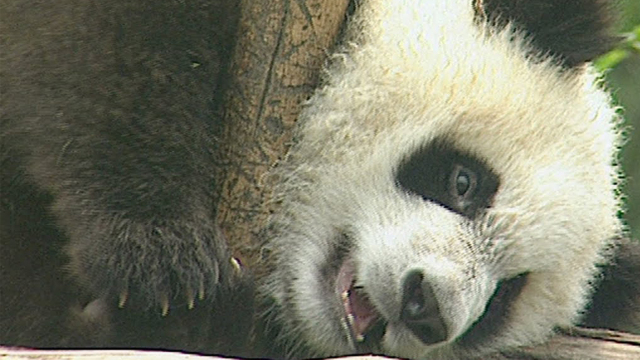 China's pandas appear to have lost that most fundamental instinct: the urge to reproduce. Is there a way to get them feeling amorous again?

A thousand years ago in Chengdu, China, wild pandas roamed the vast forests in search of bamboo, their favourite food. Since the 1970s felling and rapid industrialisation has divided the panda's natural habitat into small areas - affecting the population's mating and communication patterns. With only 1000 pandas left in the wild and 125 in captivity, researchers are trying to understand why adult pandas are becoming more sedentary and refusing to reproduce. "The main problem is that ninety percent of male pandas can't mate naturally - only ten percent are able to have sex", says Li Guanghan, who works at the breeding centre in Chengdu. Some suggest Viagra or "panda-rated" videos might help increase their desire. Meanwhile, artificial insemination may be the only way to avoid extinction. Produced by ABC Australia
FULL SYNOPSIS
TRANSCRIPT