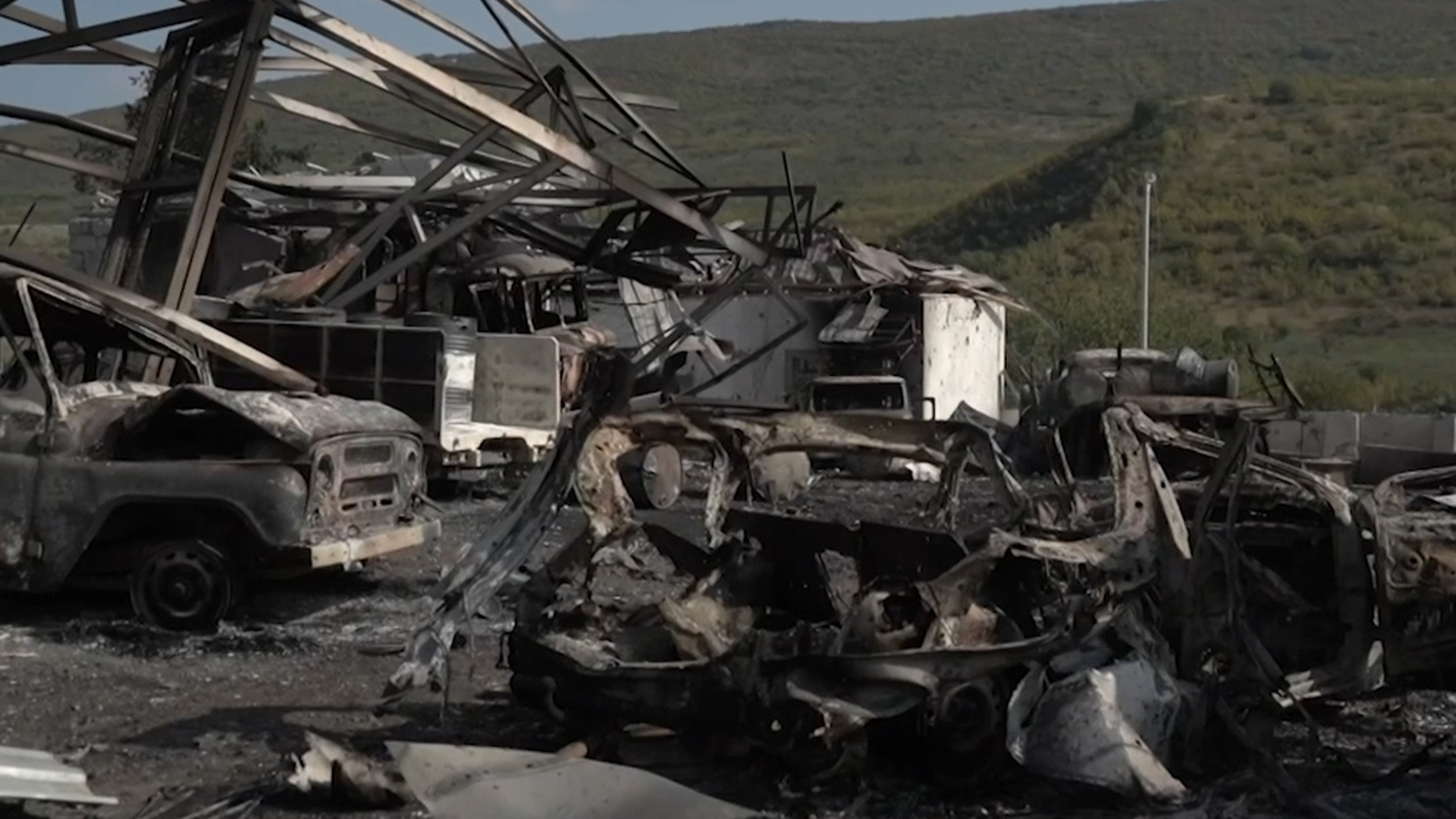 The war between Azerbaijan and Armenia over the Nagorno Karabakh enclave has swept through the region with devastating force. But an arsenal funded by oil reserves puts Azerbaijani forces at an advantage.

Despite a ceasefire brokered by Russia, Karabakh has remained under fire. In Martakert, a military hospital was destroyed by an Azerbaijani airstrike. 'The planes arrived, fired rockets, and afterwards, we were hit with bombs l,' reports Georg, a medic. Once under the influence of Russia, Azerbaijan is now being supplied with drones and Syrian mercenaries by its ally Turkey. This involvement is invoking painful memories of the 1915 Armenian genocide. 'It's like it was in 1915 ... they don't want us here,' says one Armenian pensioner. Though many have fled the enclave’s towns, some older residents refuse to flee. 'Our sons will fight harder knowing they need to defend us,' explains one Armenian with a son on the front line .
FULL SYNOPSIS
TRANSCRIPT