Revolution Out of The Ashes

US imposes sanctions on Lebanon and alleges corruption 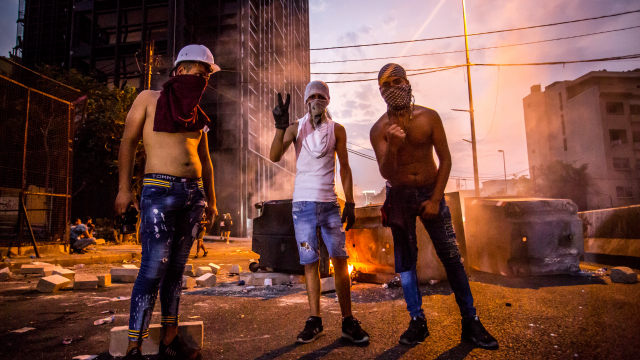 In Beirut, Lebanon, against the backdrop of a devastating explosion in the city’s port, citizens search for the hope and strength to bring about political change.

Lebanon is a nation that was struggling even before its capital was hit by tragedy. In Beirut, revolutionaries like Moheen and Roy are fighting to galvanise protests against a bankrupt regime into lasting change. For Roy, ‘our job is to inspire hope in the silent majority’. ’We’re not leaving without a fight’, says Moheen. But the recent blast in the city’s port has caused many to lose hope. ’You keep on having things destroyed and then rebuild them. What’s the purpose of life, then?’ says one Beirut resident.
FULL SYNOPSIS
TRANSCRIPT